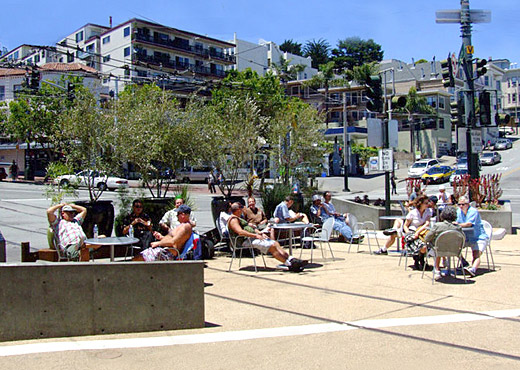 San Francisco is known for making the most of its space. From rooftop gardens to curbside patios to plazas in the middle of the street, San Francisco jam-packs as much goodness as it can in the mere 49 square miles that it is.

Jane Warner Plaza (also known as the Castro Commons Plaza), is a blocked off section in the middle of Castro, Market and 17th Streets that provides potted plants, tables and chairs for pedestrians to enjoy. Why have a typical intersection when you can have one with a plaza smack-dab in the middle?

Jane Warner Plaza is the perfect place to sit back, relax and take in the Castro District. You’ll see the historic and colorful F-line streetcars as they pick up and drop off passengers. You’ll see the famous rainbow pride flag blowing in the wind and the Castro Theatre marquee in the background. It’s the perfect place to people-watch, sip your coffee or kick back and read a book.

In 2010, the plaza was named after and dedicated to much-loved San Francisco Patrol Special Police Officer, Jane Warner, who had recently passed away after a long battle with cancer. The plaque at the plaza reads:

Jane Warner spent two decades keeping the peace in the city's Castro, Noe Valley and Mission neighborhoods as a San Francisco Patrol Special Police Officer. To her many friends, she was known simply as "Officer Jane".

She was dedicated not only to the business owners who contracted with her for neighborhood safety services, but also to protecting the residents and visitors in the area she patrolled. She was a long time columnist for the Bay Area Reporter, penning the LGBT paper crime column.

Her career began in Hawaii, first as a Deputy Sheriff and later as an undercover police officer for the Honolulu Police Department. In 1991, she became the first woman and out lesbian officer in the San Anselmo Police Department in Marin County. In addition to her love of law enforcement, Jane Warner had a soft spot for animals and dogs in particular, captured her heart.

The City and County of San Francisco dedicated the Jane Warner Plaza on what would have been her 54th birthday, November 7th, 2010. 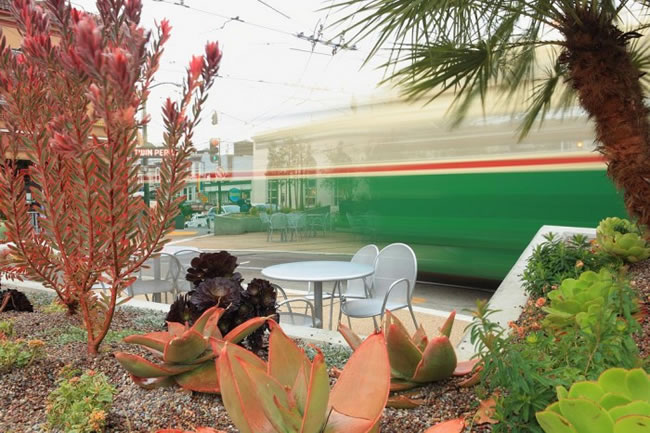