"Beneath all that glitz beats a great big sequined heart." 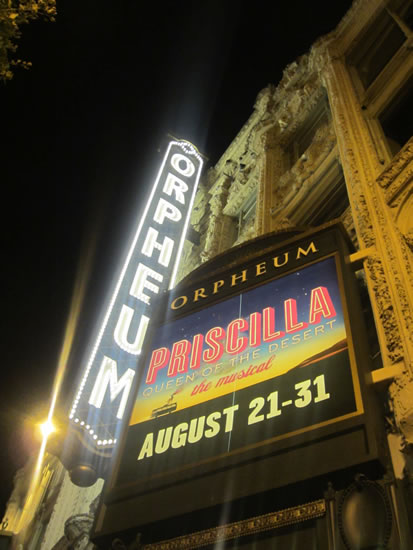 This is one of the most exciting musicals I’ve been to! The soundtrack (dance-floor hits including "It’s Raining Men" by The Weather Girls, "We Belong" by Pat Benetar, and "I Will Survive" by Gloria Gaynor), the costumes (glitter explosion, anyone?), the dancing, the drag queens — all FABULOUS. They even picked 10 people to dance on stage towards the end, and I was one of them!

Priscilla, Queen of the Desert is about the journey of two drag queens and a transsexual woman as they drive across the Australian Outback from Sydney to Alice Springs in their trusty glam-van, Priscilla. Tick (Wade McCollum), Bernadette (Scott Willis) and Adam (Bryan West)are on the hunt for love and friendship, but they end up finding more than they could ever imagine! Throughout their adventure, the ladies run into a bit of trouble and some not-so-welcoming individuals — but they’ve got their heads held high and the love and support of each other, so they make it through with flying colors (literally). 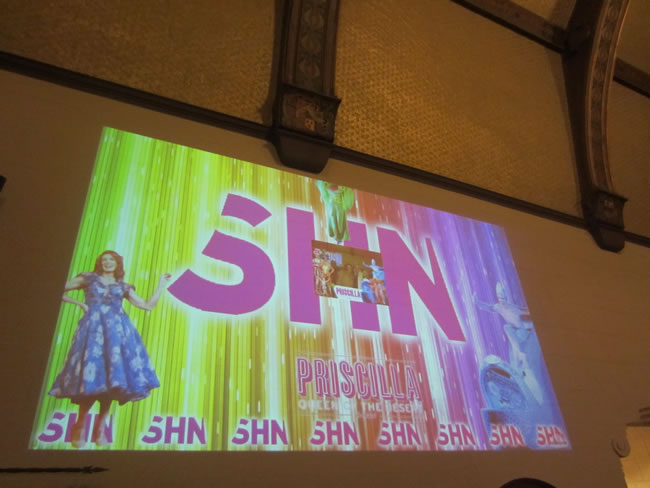 The musical sheds a positive (and very funny) light on the community, and helps introduce LGBTQ themes to a mainstream audience. The jokes are hilarious, the costumes are over-the-top gorgeous (over 500 dazzling 2011 Tony Award-winning costumes), and the voices are angelic. 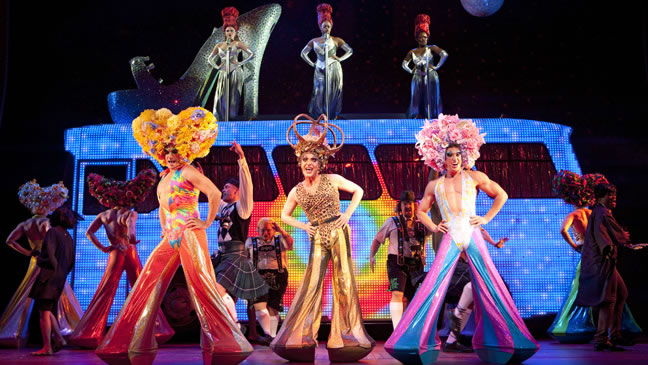 "Priscilla Queen of the Desert is an international hit that has broken box office records in Australia, New Zealand, England and Canada, and is taking America by storm! The new musical opened on Broadway to critical acclaim on March 20, 2011 at the Palace Theatre," the show website states.

WOR Radio said "All the songs you've loved for years will blow you out of your seat!" and the New York Post crowned the show "A feel-good show with a big, joyous heart. Priscilla ramps up the thrills!"

Runtime: 2 hours and 30 minutes with one 20-minute intermission
Audience: Due to occasional coarse language parental guidance is recommended for children 15 years and under.

Have you seen the show? How did you like it? 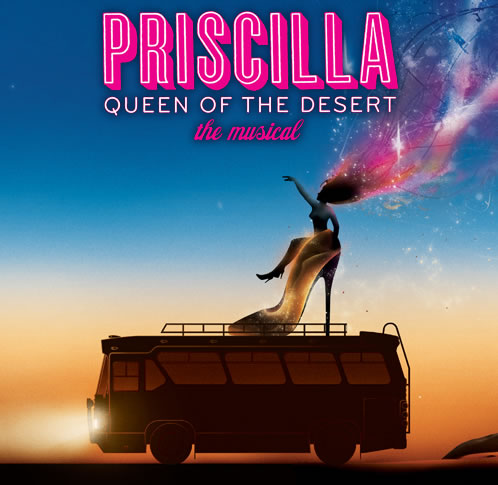