As we reported in the February-March 2010 issue of the DTNA Newsletter, Trader Joe's signed a lease in January for the Tower space at the Market and Noe Center.

Trader Joe's still needs for its plans for the location to be approved by the City's Planning Department. The first step Trader Joe's must take in that approval process is to complete a transportation impact study that analyzes the potential effects the proposed market would have on local auto, pedestrian, and bicycle traffic, as well as the impact of truck deliveries to the location. DTNA's Land Use Committee has been tracking this project since its inception, and is in regular communication with the City's Planning Department about the project. In November 2009, DTNA proactively approached Trader Joe's to convey a number of discussion issues for the project related to the neighborhood context, including parking, street congestion, loading and noise impacts, and the impact on smaller, locally owned merchants. The discussion with Trader Joe's was framed by using DTNA's "Formula Retail Evaluation Matrix" which the association developed to help ensure proposed retail chain (also known as formula retail) projects add to, rather than detract from, the neighborhood's cohesion and assets. (For more information about DTNA's matrix, go to www.dtna.org/retailmatrix.pdf.) 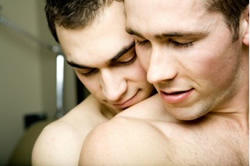 Sacramento- Today the California State Assembly passed the Separation Equity Act (AB 2700) in a 44-21 vote. The bill, introduced by Assembly member Fiona Ma (D-San Francisco) and co-sponsored by Equality California and the Conference of California Bar Associations, would create a consolidated form and procedure to dissolve both a civil marriage and domestic partnership.

"Currently, couples must navigate a confusing system that is especially daunting for those who lack legal representation," said Geoff Kors, Equality California executive director. "Since the State of California treats the relationships of same-sex couples differently, we need this legislation to prevent couples from having to jump through bureaucratic hoops until we restore a system of fairness and equality."

AB 2700 would amend the state's family code, allowing for couples who first registered as domestic partners and who legally married thereafter, to dissolve both contracts through a single, uniform procedure. The current system forces couples to go through a separate process for each.

"AB 2700 brings us a step closer towards marriage equality by recognizing that ALL marriages are treated alike, even when it comes to dissolving marriages," Assembly member Ma said.

Posted on Missionlocal.org
By Laura Waxmann and Natalie Leal 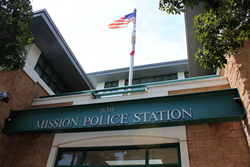 In a drama unfolding inside Room 504 of California's Northern District Court, former patrol officer Lori Dutra's lawyers are making their case against four female officers, who Dutra says harassed and defamed her because of her sexuality.

Dutra has also filed suit against the City and County of San Francisco for allowing the discrimination to take place.

"This is a case about discrimination," Phyllis Andelin, Dutra's lawyer said in her opening statement on Monday. "Dutra is the minority within the majority."

By "majority," Andelin referred to the assertion that many gay and lesbian officers ask to be assigned to the Mission Station because it serves the Castro area.

"There is a family-type feeling there," said Dutra in testimony all day Tuesday. "The diversity in the district and the type of work that was to be done in the district attracted gay and lesbian officers."

Dutra, who worked in the Mission for five years, said "non-lesbian women were treated differently," and tended to leave the station.

Dutra, who dated both men and women, said she became the object of harassment by some of the female officers at the station after she began a committed relationship with a man in March of 2007. She is now on maternity leave, but plans to return to work at the Police Academy.

"I was so excited about [the relationship], I wanted to show my friend Marta McDowell his picture," testified Dutra. "I did, and she said 'he looks like a wetback.'"

During a break in the opening arguments on Monday, Efrian Arellano, Dutra's fiancé, said, "They work in a Latino area and they're profiling people. They represent the city, and this is not a good sign."

In the defense's opening statement, Attorney Lisa Berkowitz denied that her clients made any such remarks.

Dutra, Andelin argued, befriended many of the lesbian officers during her time at Mission Station and was an active San Francisco Police Officers' Pride Alliance member, yet maintained she never considered herself to be a lesbian—although her co-workers may have.

"She dated men, and she may have dated women. So what?" Andelin said in an interview outside of the courtroom. In her opening argument she said, "Her sexual orientation has nothing to do with her job performance."

Dutra received consistently positive performance evaluations by her superiors, including McDowell. That changed in March of 2008.

That month, McDowell and two other defendants wrote memos accusing her of being "too emotional" to perform her duties as a police officer.

The memos were sent up the chain of command in the SFPD, leading to Dutra's removal from her assignment at the Mission Station. She was temporarily transferred, allegedly without an initial explanation, to the Behavioral Science Unit on Treasure Island.

"I considered these memos to be an invasion of my privacy," Dutra testified Tuesday. "It's not anybody's business in the chain of command—who I didn't tell myself—to know who I'm sleeping with."

The memos accused Dutra of addiction and gambling problems, as well as having an "addiction to drama" that the authors believed influenced her work at the station.

"They were simply documenting what they saw and sending it up the chain of command," argued Berkowitz in her opening statement. "They thought the problem was serious enough that they had to act."

Dutra said that the memos affected her pending promotion. The memos, she said, bypassed SFPD's standard disciplinary procedures, meant to reprimand officers before a problem becomes acute, because they passed up the chain of command without Dutra's knowledge.

"The sergeants listed facts and objected behavior," argued Berkowitz. "They did not reveal any info that Dutra didn't share with them."

"There is no evidence in this case that the memorandum has affected her ability to get promoted," added Berkowitz.

Witness accounts and evidence will be presented for the duration of the trial, which is expected to continue for several weeks.