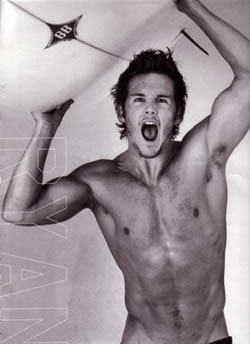 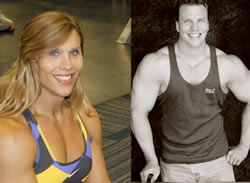 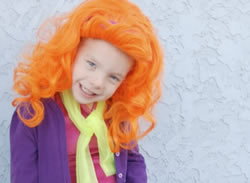 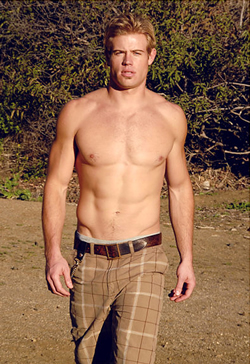 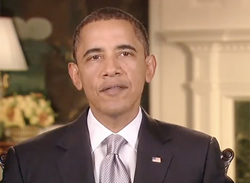 Posted on www.eBar.com
By Lisa Keen 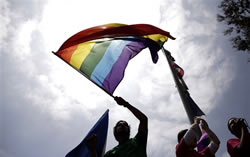 For the second time this month, a federal judge has ruled "Don't Ask, Don't Tell" violates the federal Constitution. 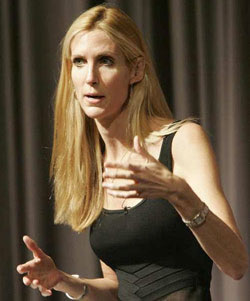 Ann Coulter headlined the inaugural Homocon party for the gay conservative group GOProud in New York City on Saturday and told attendees that marriage "is not a civil right — you're not black." Castro Street residents are not amused. 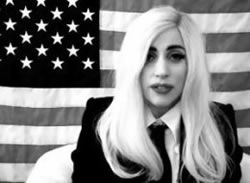 Is anyone else confused about “don’t ask, don’t tell”? That’s because there are more political layers to this bloomin’ onion than even Julia Child could have deftly peeled back on her best day. And anyone who tells you they know what will happen at Tuesday’s vote is either lying or delusional.

The main problem is that politicians on both sides of the aisle are locked in a battle that, even as it has everything to do with the fate of the policy, also has little to do with the policy itself. They are supposedly squabbling over the procedural issue of how many amendments Majority Leader Harry Reid will allow the Republicans to offer on the Senate floor if the National Defense Authorization Act that includes repeal even makes it to the Senate floor. 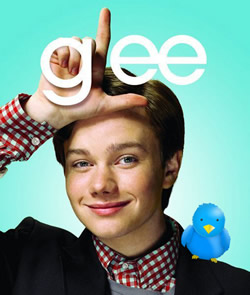 "It's bad for society to promote homosexuals," says Dan Gaynor from The Culture and Media Institute. "Particularly a homosexual lifestyle and gay marriage. What they're trying to do is normalize something that a lot of people don't want to normalize." The Castro community disagrees and wants gay rights to be a national portrayal both in San Francisco and beyond.

Posted on www.ebar.com
By Lisa Keen 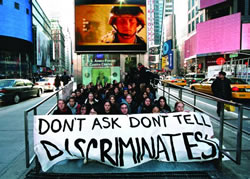 A U.S. District Court judge in California Thursday (September 9) declared the military's "Don't Ask, Don't Tell" policy unconstitutional, saying it violates both the First Amendment gay’s right to free speech and the Fifth Amendment right to due process in the federal Constitution. The Castro District in San Francisco is elated.

The 85-page memorandum opinion came in Log Cabin Republicans v. U.S., a six-year-old lawsuit that has received little media attention compared to most other gay-related trials. Its bench trial in Riverside, California, in July was overshadowed by a much more high-profile challenge of California's ban on same-sex marriage, in federal court in San Francisco.

Judge Virginia A. Phillips presided over a two-week trial that began July 13 and included many witnesses testifying about the history of DADT and the injury it has caused. Phillips, 52, was appointed to the federal bench in 1999 by President Bill Clinton, who signed DADT into law in 1993. Log Cabin filed its lawsuit against the policy in 2004.

The opinion strikes down the 1993 law that bars from the military any gay service member who engages in "homosexual conduct," has a "propensity" to do so, or even just states that he or she is a "homosexual or bisexual."

Phillips's decision, which has not yet been officially entered, includes an injunction against further enforcement of the policy but will almost certainly be stayed and appealed to the 9th Circuit U.S. Court of Appeals.

Log Cabin Republicans, a national gay political group, brought the lawsuit on behalf of many of its members who it said are being denied their constitutional rights. The group specifically identified only two members at trial: Alexander Nicholson, a former U.S. Army human intelligence officer who was discharged under DADT and now serves as head of Servicemembers United; and an unidentified "John Doe," a lieutenant colonel in the Army Reserves concerned he may face discharge under the policy.

That measure is still awaiting action in the Senate as part of a Defense spending bill that is likely to see a vote later this month. There seems little doubt that the judge's opinion will now be the subject of the debate around that measure. But Phillips refused to delay action on Log Cabin's lawsuit, noting that the DADT repeal measure – as it is currently worded in Congress – does not guarantee repeal of DADT. Instead, the legislation requires a sign-off procedure involving the president, the secretary of defense, and the chairman of the Joint Chiefs of Staff. The likelihood the bill would lead to repeal, said Phillips at trial, is "remote, if not wholly speculative." 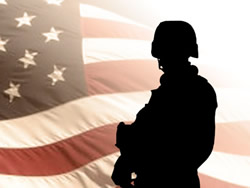 Phillips noted that evidence considered at trial, including three historic studies concerning gays in the military, did not identify any legitimate reasons for barring gays. The 1957 Crittenden Report, she said, "is not evidence that discharge of homosexual service members significantly furthers government interests in military readiness or troop cohesion." The 1988 PERSEREC Report "generally dismisses traditional objections to service by homosexuals in the military as abstract, intangible, and tradition-bound." And the 1993 Rand Report concludes, "no empirical evidence exists demonstrating the impact of an openly homosexual service member on the cohesion of any military unit."

Using tables of data to demonstrate a point made at trial by DADT opponent Nathaniel Frank, Phillips showed how the military discharged increasing numbers of service members for homosexuality from 1994 to 2001, but that the number "fell sharply" beginning in 2002 as the U.S. began fighting in Afghanistan. In 2001, according to the data, the military discharged 1,227 people for being gay – the largest number per year since DADT went into effect. But in 2002, the number of discharges dropped to 885. Last year, only 275 were discharged.

She also cited data submitted by Log Cabin's attorneys showing the Defense Department often suspended investigations of service members it believed to be gay until after the service members had completed their tour of duty in Iraq and Afghanistan. DOD, she noted "deployed service members under investigation ... to combat missions or, if they were already so deployed, delayed the completion of the investigation until the end of the deployment."

"This evidence, in particular, directly undermines any contention that [DADT] furthers the government's purpose of military readiness, as it shows [DOD officials] continue to deploy gay and lesbian members of the military into combat, waiting until they have returned before resolving the charges arising out of the suspected homosexual conduct."

"Taken as a whole," wrote Phillips, "the evidence introduced at trial shows that the effect of the act has been, not to advance the government's interests of military readiness and unit cohesion, much less to do so significantly, but to harm that interest."

In her decision, Phillips noted that the 1st Circuit U.S. Court of Appeals addressed a similar case, Cook v. Gates, and came to a different opinion and upheld the law. But Phillips said she found the 1st Circuit's reasoning "unpersuasive" and noted that she, within a 9th Circuit court, is not bound to follow it.

Phillips, however, indicated she was bound to follow a precedent of her own 9th Circuit, rendered in another challenge to the DADT policy and brought by an Air Force nurse, Margaret Witt, in Seattle. On a preliminary matter in that case, the 9th Circuit ruled that the U.S. Supreme Court's 2003 decision in Lawrence v. Texas recognized a fundamental right to "an autonomy of self that includes freedom of thought, belief, expression, and certain intimate conduct." Infringement on a fundamental right requires a law to pass a "heightened" or more stringent judicial review.

The Witt v. U.S. case is scheduled for trial beginning September 13 in the U.S. District Court for Tacoma, Washington.

Reaction to the decision was swift.

Chad Griffin, president of the American Foundation for Equal Rights, which is pressing the case against Proposition 8's ban on same-sex marriage in California, said the Log Cabin decision "is yet another significant and long-overdue step toward full equality for all Americans."