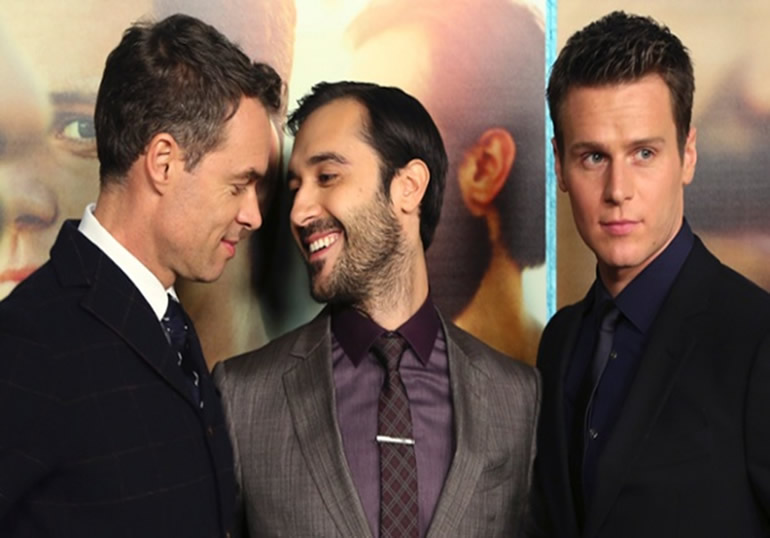 So the HBO series "Looking" is returning to the tube in 2015, and we are above and beyond ecstatic.

(And not just because Daniel Franzese from "Mean Girls" is supposed to be in it! Four for you, Glen Coco!)

After what seems like forever, one of our favorite cable TV addictions is ready for its close up. Of course, the Castro is already abuzz as it plans a repeat of the festivities it put on last year for the show's grand unveiling. That's right: There are already preparations for a Season 2 premiere screening at the Castro Theatre.

The critically-acclaimed series--which follows the love lives of three gay men in San Francisco--returns to national TV January 11. But the Castro Theatre will get a jump on the second season starter with a screening on January 6.

A show that celebrates its roots by giving our city a first peak--you have to love it.

The Castro neighborhood institution played host to the show's Season 1 debut last January to much fanfare. We're thinking that the second installment on the 6th will be even grander this time around, given that the screening will give the Castro Theatre the Hollywood treatment. The affair promises appearances by the cast, crew and producers of the show, and will gives invitees a gander behind-the-scenes. If there isn't a crowd out on the newly-expanded Castro Street sidewalk, we will be shocked.

The world premiere of the second season of "Looking" takes place January 6, with the television premiere taking place Tuesday, January 11 on HBO.