WHAT CASTRO LOCALES ARE GETTING THEIR 90s ON 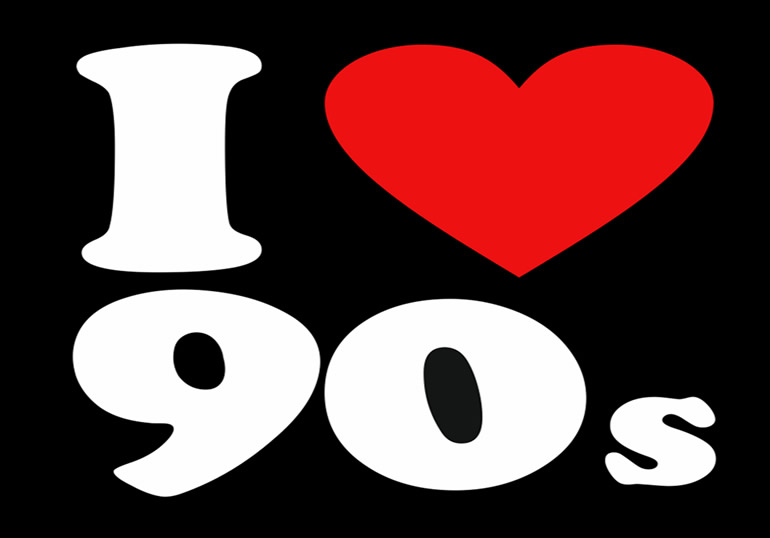 The 90s are back in a big big way--well, you know, except for us hipsters that never really let the grunge-fueled first half of the decade go to begin with. And since the Castro can't resist itself a reason to theme a happy hour or club night after something, the age of midriff tops and Doc Martens is taking over some of the neighborhoods locales.

While we can't put the country back in a state of financial surplus or resurrect Kurt Cobain, we can sure as hell party like the 90s never left. Here are a few Castro spots that have been getting in on the 90s craze.

QBar: This club is always flush with boys and booze and great dance music. But the Castro Street spot doesn't just throw on a few tunes without thinking about it; QBar keeps a finger on the pulse of good music. So it's no surprise that they have morphed a few recent nights into full-blown 90s frenzies. We aren't just talking about incorporating a few vintage Janet Jackson songs into the repertoire and calling it 90s either. They have transformed their popular "Booty Call Wednesday" into a 90s fest, and hosted the "Shoop!" Throwback hip hop night back in mid-October. We expect such happenings to continue popping up at the 456 Castro Street spot.

Beaux: Looking for a regular, weekly event to take you back to the days when Jock Jams owned the airwaves and MTV still played music videos? This Duboce Triangle hot spot has you covered--Beaux has launched "My So-Called Night." VJs Becky Knox and Jorge Terez bump the best 90s dance party tunes you can think up. Plus the booze is cheap! Your first drink is 90-cents--that’s right, it might as well be free--and then 2-for-1 after that. So basically you can take a shot for every time Claire Danes made an angsty teenage comment on ABC in 1994 without completely breaking the bank.

The Castro Theatre: Really, you shouldn't be surprised that the big bad drag scene is taking the 90s craze by the balls and turning it into something amazing. Who better to bring it to you than Heklina and Peaches Christ! The duo and some of their friends are crashing a rare screening of "Romy & Michele's High School Reunion" with a pre-show spectacular "brought to you by the creators of post-its" that encourages you to show up dressed in your best 90s clubbing attire. The extravaganza takes place Saturday, November 22 at 8 pm.

Think you've found a Castro-based 90s night that you would like to share with the rest of us in MyCastro land? We would love to here from you... Unless of course you think you are too much of a Baldwin to share your awesome hangout with us. As if!