Update On the History Walk Etchings for Castro Street 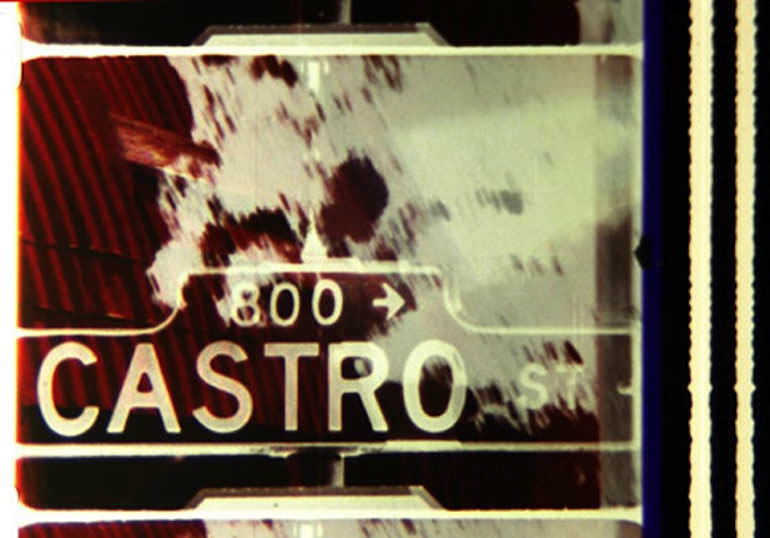 On Monday, April 21st at 7:00pm, the Castro / Upper Market Community Benefit District had a very productive public meeting regarding the History Walk Etchings for Castro Street. Surprisingly, even after all the uproar (Read about it here: ), only one member of the public showed up to the meeting.

One member of the public was present at the meeting, a gentleman who is a property owner on the 400 block of Castro St. No other members of the public were present. The first item of business was to confirm with DPW that only 20 facts could realistically fit on the 2 blocks. Given the layout and design of the street, it was confirmed that we are limited to 20 facts.

This is the draft of the historical text by the CBD:

The selected facts are meant to convey interesting pieces of information and milestones spanning the history of the neighborhood, from the original Native American inhabitants to the present-day.

3. Events/milestones in the neighborhood that had a local or national impact.

First two criteria are mandatory. Criteria 3 and 4 are desirable, but not mandatory.

-20 facts located in groups of two near leaning posts.

-Listed chronologically in a U-shape along Castro Street:

*Depending on final layout, words like “Street” may be abbreviated or omitted to improve line spacing.

The native Yelamu people live nearby in the village of Chutchui, relocating each winter to the bayside village of Sitlintac. Eureka Valley is grassland and chaparral, with a creek flowing towards the bay along today’s 18th Street.

Five room cottages on Castro Street rent for about $15 a month. Transit improvements, including the Castro Street cable car, spur settlement by working-class Irish, German, and Scandinavian families in the late 19th century.

The Swedish American Hall opens at 2174 Market Street. Upper Market Street in Eureka Valley comes to be known for its concentration of social clubs, churches, and businesses serving the neighborhood’s large Scandinavian community.

Thousands attend the first-known festival on Castro Street to celebrate the groundbreaking of the Twin Peaks Tunnel. The San Francisco Chronicle declares the celebration “a riot of hilarity and merrymaking.” The tunnel opens in 1918.

The Nasser brothers open the Castro Theatre, the first movie palace designed by prominent architect Timothy Pflueger. Janet Gaynor, an early usherette at the theatre, goes on to win first Academy Award for Best Actress in 1929.

Castro Street becomes nationally known as the setting of Mama’s Bank Account, a novel by local Norwegian-American author Kathryn Forbes. It inspires popular adaptations including the 1948 film, I Remember Mama.

Lesbian couple Del Martin and Phyllis Lyon move into their first home together in San Francisco on Castro Street. They help establish the Daughters of Bilitis, the first national lesbian organization.

The Missouri Mule opens as the 1st bar in Eureka Valley’s nascent gay enclave, which comes to be known as the Castro. In 1972 Twin Peaks becomes the 1st U.S. gay bar with glass windows, a symbol of the community’s increased pride.

Castro resident, merchant, and activist Harvey Milk, known as the “Mayor of Castro Street,” is elected to the San Francisco Board of Supervisors and becomes one of the first openly gay elected officials in the country.

Supervisor Harvey Milk and Mayor George Moscone are assassinated. As news of their death spreads, tens of thousands of mourners spontaneously gather on Castro Street and form a candlelight march to City Hall.

The assassin of Supervisor Milk and Mayor Moscone, Dan White, is cleared of murder. Outrage in the gay community spurs the “White Night” riots at City Hall and a retaliatory police ransacking of the Elephant Walk Bar at 500 Castro Street.

Bobbi Campbell, RN, posts first notice about “gay cancer” on Star Pharmacy window at 498 Castro Street. Later identified as AIDS, the pandemic devastates the Castro. Campbell becomes a leading activist in the fight against the disease.

The Sisters of Perpetual Indulgence, a queer activist and charity group founded in 1979, organize one of the 1st AIDS-related charity events – a dog show on Castro Street. Castro resident and disco star Sylvester judges the show.

Cleve Jones organizes the NAMES Project AIDS Memorial Quilt at 2362 Market Street. Throughout the 1980s, numerous organizations take root in the Castro to fight for awareness, treatment, and prevention of HIV/AIDS.

After nearly 16,000 San Franciscans, including many Castro residents, die from AIDS-related complications, the Bay Area Reporter’s milestone “No obits” headline marks the first time none were submitted since the 1980s.

National attention turns to Castro Street as thousands gather to celebrate the Supreme Court decision allowing same-sex marriages in California. The event marks a milestone in the Castro’s historic role as a center for LGBT rights.