GET INTO THE SPOOKY SPIRIT WITH CASTRO THEATRE’S LINEUP 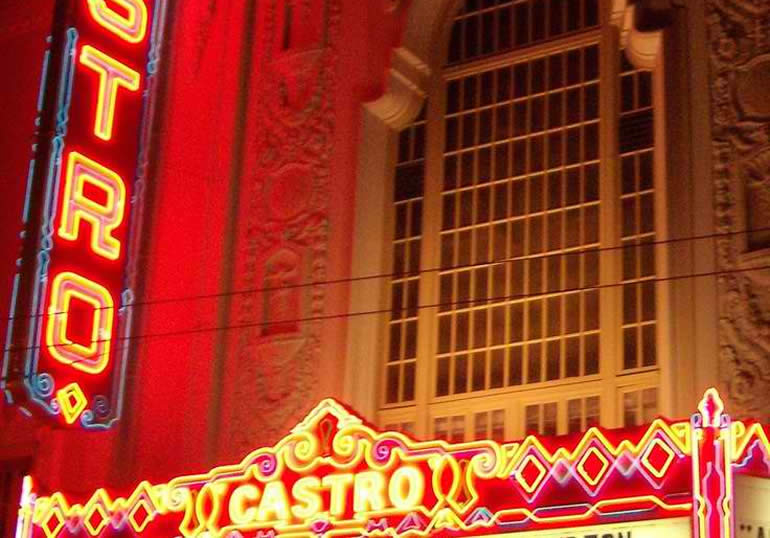 No, Halloween isn’t the same since the big bad street party in the Castro was shut down a few years ago. But hey, that doesn’t mean that the neighborhood can’t still get into the festive spirit right? And if you are going to get your All Hallows Eve on in a low-key manner, it might as well be with a scary movie or two.

Halloween is truly the best excuse to watch horror flicks and scare your underpants off—on purpose. Lucky for us the famous Castro Theatre feel the same, and are screening old school films to get you into an extra spooktacular mood.

The theater already kicked off the month of October screening “Carrie” and “Village of the Damned” with Elizabeth Taylor. But there are plenty more dates you should consider for a Halloween-y movie night. Maybe you could grab your sweetie for a date night double feature and get scared together!

… On that note, if you’re considering the grabbing two movies for a single evening, Friday the 17th is probably your best bet. Grab an early dinner so you can get to the Castro Theater in time for the 7pm showing of “The Dark Night” because, really, Heath Leger’s Joker is way creepier on the big screen. Stay in your seat and sink deeper into your crush for Christian Bale while you watch b-rate horror flick “Reign Of Fire” which also stars a bearded Matthew McConaughey, a pre-“300” Gerard Butler and a whole bunch of monstrous fire-breathing dragons.

Perhaps you want a double feature that’s a bit more old school? Bela Lugosi to the rescue! (Sorry kids, no “Dracula” though.) October 23rd is Lugosi and Boris Karloff double feature, showing two of six films from Universal that featured the two actors together. The evening of horrors starts at 8pm with “The Black Cat” in which Karloff plays a Satan-obsessed creeper that sacrifices young women and keeps their dead bodies in glass cases, and Lugosi is his old war who is trying to save some young honeymooners from becoming victims as well. The spookfest continues with “The Raven” which stars Lugosi as an Edgar-Allen-Poe-obsessed doctor who becomes obsessed with one of his patients and teams up with a murder master, played by Karloff, to help him take out evil plans.

Maybe at this point you need a break from scary stuff and looking for a chuckle. The Castro Theatre has you covered on the 24th, in which they kick off their double feature with “Ghostbuster.” Sure, that one ghost chic is kind of creepy, but really the little slimy green guy just looks like he needs a hug.

Last but not least, the theater gets you ready to trick-or-treat—or maybe not, because you’ll be too scared from all the horror flicks you’ve been watching!—on Wednesday, October 29 when it will show the 1978 version of “Halloween.” It’s an American classic, what better way to get ready for the fright-filled weekend?

For more information about tickets and show times for your pre-Halloween movie extravaganza, visit castrotheatre.com