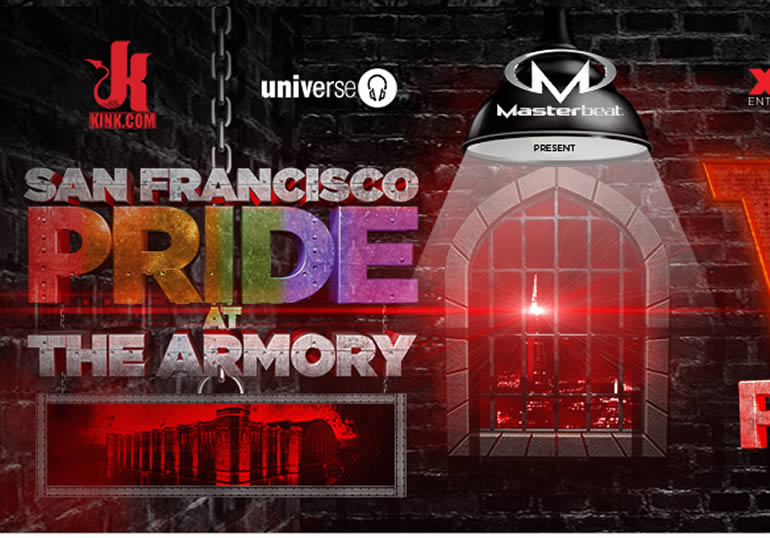 In case you haven’t heard, San Francisco Pride is throwing prison themed party. Let’s just think about this for a second. Is this a good idea? There’s a bad taste in my mouth.

Mass incarceration disproportionately affects people with low income, those of color and those who are LGBT. Not to mention that LGBT folks have been and are still criminalized because of their sexual and gender identities. This is a real problem, people!

According to an email template has been making it’s rounds on Twitter (under the hashtag #NotProud), here are some facts about this issue:

As for the party, it seems to be directed at gay men only and is taking place in the Armory, where KINK.com is located. The event description reads as follows:

Get incarcerated as The Armory Drill Court gets transformed into the world's largest megaclub prison yard with thundering line array sound, full color lasers, hundreds of intelligent lights, moving truss, 3D-LED video walls, and the world famous production and performances of WE Party, KINK.com, Club Universe, Masterbeat, FRESH SF and XOXO as we bust open the doors for the first time to create WE Party's PRISON OF LOVE.  What kind of trouble will 3000 of the world’s hottest men get into when in lockdown? Solitary confinement, showers, jailbreak, love and lust, freedom and confinement.  All on display in the penal colony.”

Some folks, according to these Facebook comments, had a lot to say about this theme:

“This is SO fucked up -- hell no I am not going to a "prison" themed party. Mass incarceration and the racist prison system perpetuate incredible violences against queer people, especially incarcerated queer people of color and trans folks. Boycott this racist, homonormative, "gay" bullshit!”

“Utterly callous and clueless theme. Prisons are an abomination, carceral plantations and torture chambers. A hideous fact of life for black, brown, and poor populations born into this fucked up meatgrinder of a system. Not a joke. Not a theme for you fucked up white, middle class assimilationists.”

“Hey kink! There is no PRIDE in INCARCERATION. Don't do this!! Change this grossly inappropriate insensitive 'theme' AND give the money made on the event to http://incite-national.org  or http://www.innocenceproject.org.”

What do you think about this theme? We would love to read your opinion in the comments!

More about the party: http://www.showclix.com/event/SanFranciscoPrideAtTheArmory

If you would like to be part of the boycott, here is your main source for info! http://boycottsfpride.tumblr.com/