Former Tower Records in the Castro is Becoming a CVS Pharmacy 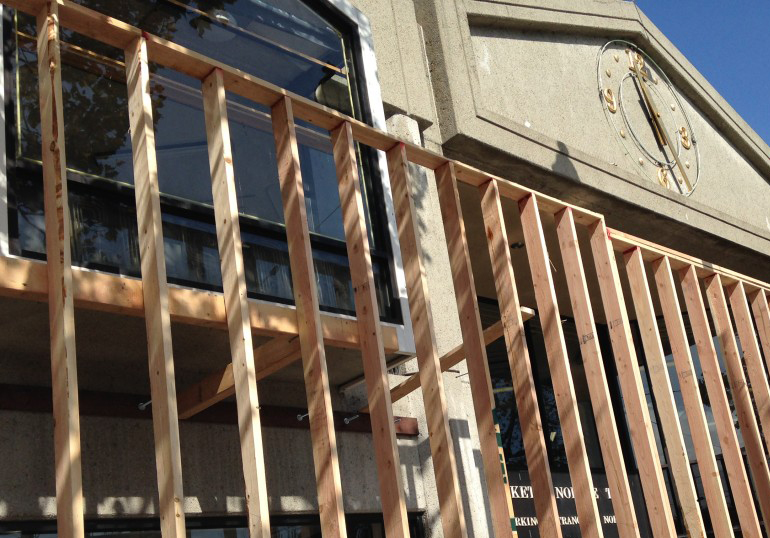 What used to be Tower Records in the Castro (closed in 2006), and what almost became a Trader Joe’s, is now being redeveloped as a CVS Pharmacy. (This 2280 Market Street location on Market at Noe Streets near Cafe Flore and Radio Shack has been empty for quite a while!) There used to be a large wood barrier covering the soon-to-be pharmacy, but that was recently torn down to reveal the new digs.

Back in May of last year there was a bit of controversy surrounding the possibility of a new CVS coming to the Castro because of the city’s formula retail rules. The law specifies that the Planning Commission must consider the following factors when deciding whether to approve a formula business:

CVS is definitely considered formula retail — which is not favorable to many neighborhood associations. But, with some negotiations and changes to the original CVS proposal, the Planning Commission and the Duboce Triangle Neighborhood Association gave them a pass. The new CVS must limit store and delivery hours, not sell alcohol, restrain deliveries from the residential side of the building, give rooftop parking access to all neighborhood stores, design the front of the store to look more like a local variety store rather than a big pharmacy (like the Walgreens on Castro and 18th), and design the front sign to be unobtrusive and unique.

"Looking at the project in terms of building size and scope, CVS is an appropriate use," said Dennis Richards, the former president of the DTNA, according to the Bay Area Reporter. "They worked really well with us. Had the prior applicant, Trader Joe’s, done that we probably wouldn’t be here today."

"[This CVS would] provide an additional choice of pharmacy and basic everyday needs goods for neighborhood residents, resulting in prices that are more competitive and a greater availability of goods and services," stated the San Francisco Planning Commission.

What do you think of a CVS coming to the Castro? Will it benefit the community or damage it?