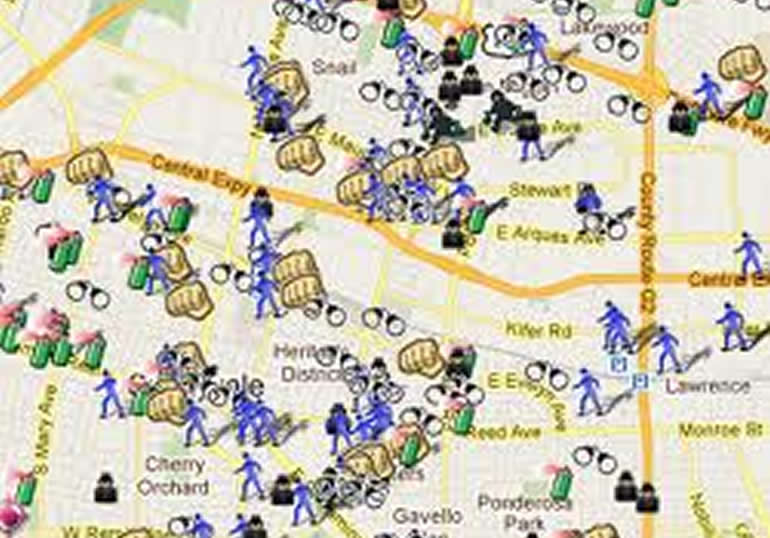 That concern always grows with more festivities coming up just around the corner. (Folsom Street Fair, anyone?)

Such worries might have been conjured up, for example, after a scuffle outside of a night club at 18th and Collingwood last week led to a shooting and later three arrests, as reported by the SF Examiner.

It might make you think: How common is something like this in the neighborhood? Was this a fluke occurrence, or an ongoing problem?

According to NeighborhoodScout.com, which gives a general overview crimes in the cities nook and crannies, the Castro ranks low in safety across the greater San Francisco area.

Terrifying? Of course. But we were curious as to how true that is, and decided to dig a bit deeper.

We took our mini investigation to CrimeMapping.com, a tool the SFPD uses to give a birds-eye view of what crimes are reported where, to get a better visual idea of what dirty deeds were going on in what neighborhoods.

Recorded between February, 16 and August 16 of this year, CrimeMapping reports 293 instances of a person in possession of a deadly weapon--whether or not anything tragic occurred with said weapon is not recorded. In that time period, only 38 of those recorded complaints took place within a mile radius of the Castro and Market Street corridors.

However, the occurrence of shooting instances in surrounding neighborhoods is a bit alarming. The site reports that the bulk of instances occur near the 16th and Guerrero Streets during the same time period.

Notable: The incident we just mentioned took placed outside of a bar/club establishment. The areas most highlighted on the crime map, on the edges of San Francisco’s Castro district are certainly peppered with businesses, but are for the most part highly residential.

(Again, keep in mind that these are reports of individuals possessing a weapon, not necessarily using it and/or harming another individual.)

So what does this mean for those who frequent these pockets of the neighborhood?

Certainly nobody is going to strictly stop stepping foot outside of your front door, that would just be silly. But we recommend being extra vigilant and aware of your surrounding when out and about in the Castro-Mission cross streets and up by Duboce Park, where these instances seem to be more frequent.

Also, keep on your toes during events that pull large crowds to the streets, and never hesitate to report something--or someone--suspicious.

While it sounds like an overblown reprimand, being aware of your surrounding is key, and night, whether you are walking through a large crowd with your purse semi-unzipped or standing at a bus stop looking down at your phone and not noticing those around you.