CASTRO’S HONOR WALK PLAQUES TO BE AUCTIONED OFF 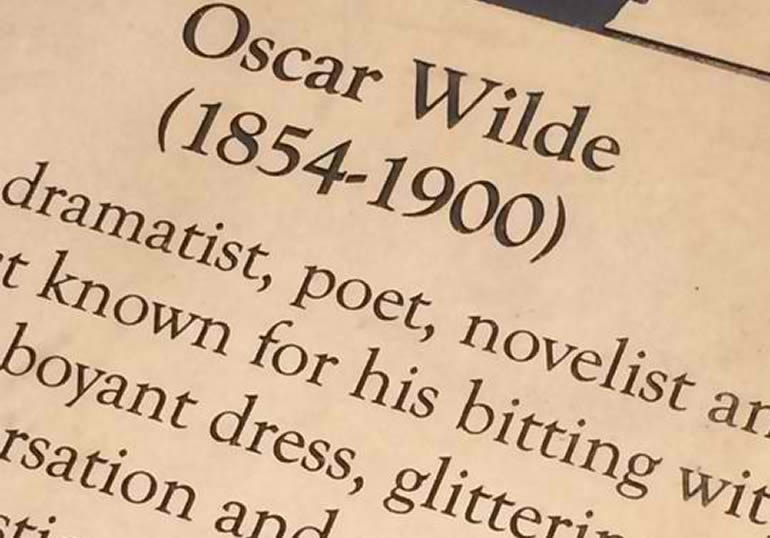 Think it's bad when you misspell a word or someone's name in a personal text message or a tweet?

Try etching that misspelling in shiny bronze, for every one to see. And then having to auction off said error for the funds to cover up your mistake.

Such is the case with a few of the new sidewalk slabs that are part of the Castro district's new Rainbow Honor Walk, which are set to be auctioned off in order to make up for the pricey mistakes chiseled into their shiny surfaces. Rainbow Honor Walk Board President David Perry told NBC Bay Area News that the misspellings are very much noted and the sidewalk plaques will be replaced.

There was a lot of excitement over San Francisco's version of the Hollywood Walk Of Fame being "unmasked" last week. Which there should be, given the "heroines of heroes" had a gigantic enough impact on the LGBT community to be etched in hard metal and commemorated on the Castro District Streets. And let's be real, they look absolutely stunning as you walk down Castro from the Market Street MUNI station in late afternoon with the sun hitting them at just the right angle.

But the day after crowds gathered to see the new additions in the Castro Street sidewalk, Bay Area news outlets have revealed that there are misspelling in the bronze plaques. Not long after a local blogger pointed out Oscar Wilde's "bitting wit" and Christine Jorgensen's title as the "first trangendered American," suddenly the Castro neighborhood's glowing tribute to famous members of the LGBT community.

A bit embarrassing considering the length of time it took to get the project underway and how hefty its price tag is.

The project to install the monumental plaques is 20 years in the making and has cost some $100,000 in donation money, with each plaque costing about $6,000 a pop.

The misspelled plaques will be auctioned off for charity, with the money from Jorgensen's plaque going to the Transgender Law Center and the money from Wilde's going back to the Rainbow Honor Walk group.

Needless to say, there is still work to be done before the Honor Walk organizers installs another 20 plaques like it plans to within the year. Perhaps an English teacher's red pen should be used before any more shin bronze monuments are put into the ground.