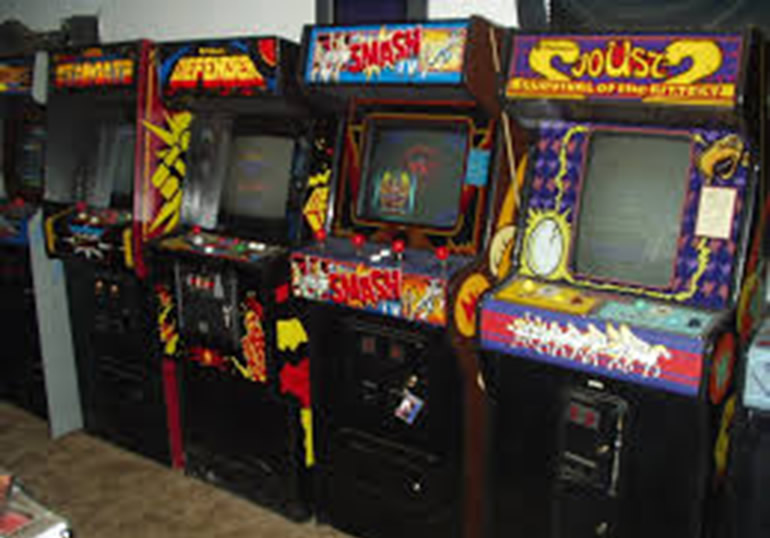 Remember being a little tyke in a big arcade and thinking: This place is so much fun but it would be even better if I could chug a beer while I own this pinball game!

…Of course you didn’t. You were probably six-years-old and wanting a soda and cotton candy.

But you know that as you got older you wanted to relive your Chuck E Cheese days, but with an injection of booze.

Well, you’re in luck My Castro land! The neighborhood has been trying to put an bar-turned-gamers-paradise and it is finally coming to fruition.

Brewcade, from the masterminds behind Blackbird and Monk’s Kettle, is finally gearing up to open (hopefully) in November.

Sure, an arcade bar isn’t anything new. But one that is set up in the Castro? That is definitely worth the cheer.

Siblings Shawn Vergara and Tiffny Vergara Chung will bring their brainchild gaming bar to the Century building at 2200 Market Street, featuring 2,000 square feet where Pac-Man and a bottle of Allagash can mingle happily. Barcaders—is that a thing, because it really should be—will have 25 craft beers to choose from as well as five wines. There will also be a “pop bar” catering to those who need to feed their inner child even though you are at a bar and think an artisan soda is more suitable to sip on while you try to own Donkey Kong.

SF Eater first reported about the bar-cade were first reported back in April, which at the time was building up with the tentative title Project 22—not to be confused with the spot out in Oakland. Reports at the end of the month indicated that the Vergaras were in the licensing and permitting stages, and working with Supervisor Scott Weiner in bumping up the number of allowed arcade games that could be in the bar space; a law aimed to battle gambling issues “prohibits gaming establishments with more than a set number of games to operate in the area, SF Eater reported.

Then, after a few months of silence, news of the venue concept still coming to fruition. The Vergaras are teaming up with Kai Villegas—of Monk’s Kettle success—to serve as general manager and oversee all things boozy.

But don’t think Brewcade is just looking for you to get drunk and play with their toys: there will be food offerings as well. In addition to an array of snacks form 4505 Meats, the barcade will allow food brought over from Hecho—aka The Restaurant Formerly Known As Bandidos.

MyCastro eagerly awaits the opening of Brewcade and promises to keep you all apprised of when this spot announces an official opening date!