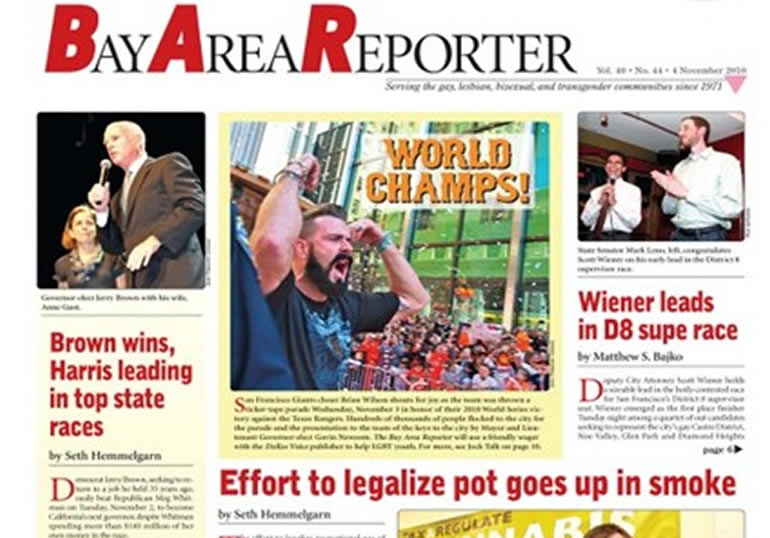 MyCastro is unapologetic about its support of the Bay Area Reporter. It is a news staple for the community, and has kept itself in the game even through times when the newspaper industry has gone through great changes and almost gone extinct.

So of course were a bit saddened to hear that the local news hub is looking for a new spot at the San Francisco Public Library after the papers usual retrieval place was removed.

The B.A.R. wrote this week about the issue facing it and other newspapers. The shelving at the library's Fulton Street entrance had served as a place for the B.A.R. and other community rags. Earlier this month the shelves were removed, and there is no immediate announcement on where the new nesting place for these newspapers will be.

Library spokesperson Karen Strauss said that the shelves weren't doing the library or the papers any favors, the B.A.R. said. Newspapers were reportedly left out in the rain or used as seat covers within the library proper and further caused a mess. Furthermore, the shelves were serving as a spot for organizations to leave random fliers that were not part of the library' distribution.

Sure, many people read newspapers online nowadays. But if you're like us, you know there are those oddballs and old souls that can't let tangible print die. Heck, I see people bust out newspapers at dive bars on the weekends!

Good news is, while there is no "immediate" new home for the B.A.R. and other rags, there are plans to give them a future home, this week's report said. The library plans to put a new physical platform for the Bay Area Reporter and other community newspapers on the inside of the building, which will hopefully cut down on the issue of outside mess.