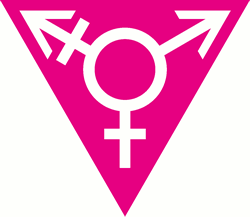 At least one person has filed a complaint with the city's Human Rights Commission due to the exclusionary policy, the Bay Area Reporter has learned, and the city's health department is in talks with the agency about how to remedy the situation.

"This is clearly discrimination against a protected class that we do not discriminate against in our own health policy," said Theresa Sparks, a transgender woman who heads the Human Rights Commission, referring to the fact that sexual reassignment surgery is covered under the city's health insurance for employees. "If we cover it for our own employees, why don't we cover it for the residents at large?"

Neither Sparks nor Dr. Mitch Katz, director of the health department, would discuss the specifics of the complaint due to confidentiality policies. It was filed three months ago, said Sparks, and the agency has been meeting with health department officials to find a suitable resolution.

"Our authority is to enforce all non-discrimination ordinances in the city and county of San Francisco. We believe it does apply to" the city's health insurance program, said Sparks.

The commission's public oversight body has yet to take an official stance on the policy. Its chair, transgender activist Cecilia Chung, said she is confident the policy will be changed.

"I think if we just look at the surface of it, it definitely sends mixed messages from the city and county of San Francisco and I don't think it is intentional. We are not intentionally trying to tell the community that we are trying to discriminate against them," said Chung. "Of course the actions seem to speak otherwise, that is why the community is working very closely with the HRC and we are reaching out to the public health."

Katz said he is amenable to seeing the city offer sexual reassignment procedures to transgender people but is unsure, at this point, of the best way to do so. "We want to work with the Human Rights Commission on making it possible for people to have sexual reassignment surgery. We don't yet know what the right vehicle will be for that," said Katz.

Healthy San Francisco provides accessible and affordable health care services to uninsured adult residents, regardless of a person's employment status, immigration status, or pre-existing medical condition. Residents with income at or below 500 percent of the federal poverty level – which for an individual would be $54,150; for a family of four it is $110,250 – are eligible to enroll into the program.

According to a memo dated April 21 sent by Tangerine Brigham, director of Healthy San Francisco, a participant in the program with a diagnosis of gender identity disorder or "any other clinical diagnosis related to a recommended sexual reassignment" would still not be given authorization for any sexual reassignment therapy or surgery.

The memo lists a dozen specific procedures done to alter the genitalia of a transgender person as excluded services under Healthy San Francisco. The services include breast augmentation and construction; hysterectomy for removal of the uterus; mastectomy for breast removal; castration for penile removal; permanent hair removal; and vaginal closure.

The memo also specifies that the exclusions apply to both males seeking a female gender change and females seeking a male gender change. It also states that sexual reassignment surgery "refers to any and all surgical and medical procedures taken to align intersex and transsexual individuals' physical appearance and genital anatomy with their gender identity."

Jackson Bowan, a transgender man who sits on the Health Council, a local group formed to advocate around transgender health care needs, said it is important for the city to remedy the situation since many transgender people have difficulty finding not only employment but access to health care.

"To deny services to a group of people, I think, is an injustice," said Bowan, a health researcher at the UCSF Department of Pediatrics. "I would like to see the vehicle be Healthy San Francisco, but ultimately, the goal is for people to get the care they need that is accessible, affordable and uncomplicated."

It is unclear how many people who are signed up for Healthy San Francisco are transgender because the city does not collect that data. Katz sees patients at San Francisco General Hospital and said several are enrolled in the program.

Nor is it known what the cost would be for covering such procedures, though it is likely to be minimal, said Katz and transgender leaders. They pointed to the fact that few city employees have undergone sexual reassignment surgeries or treatments since such services were offered.

Katz said he would expect a similar outcome should Healthy San Francisco cover the procedures.

The Transgender Law Center and Lyon-Martin Health Services, which both provide support to the Health Council, have also been involved in the discussions about changing Healthy San Francisco's exclusionary policy toward its transgender participants. Kristina M. Wertz, the law center's legal director, said the agencies were unaware of the policy until April when they received Brigham's memo.

"We were surprised because we've always worked closely with the city to educate them about the medically necessary nature of transition related care. In fact, the city's own non-discrimination codes were meant to protect transgender people from discrimination in, among other things, the provision of city services," Wertz told the B.A.R. in an e-mailed response. "While exclusions for transition related care are commonplace in private plans, the medical community has already created consensus that transition related care is medically necessary as part of an individualized treatment plan developed between a patient and their physician."

Wertz described the policy denying sexual reassignment surgery as "a very serious oversight" and expressed optimism that it would be rectified.

"Nobody should have to live in fear that they'll walk into their doctor's office and be denied treatment simply for who they are. The current exclusion denies transgender San Franciscans the same services that are available to everyone else – simply because of who they are. That's counter to our values," wrote Wertz.

Katz said that when the city established the Healthy San Francisco program it was meant to provide residents without health insurance access to existing medical services. It was not designed to offer additional services that were not already available through the health department and its nonprofit partners, he said.

The program excludes a number of "critical services," noted Katz, from organ transplants and long-term care to dental and eye care services.

"It was never created as full insurance like people might get from a commercial provider. It was all designed to improve access and it has done that," said Katz. "Separately, it is entirely appropriate for San Francisco to look and see if there are other ways for enabling transgender individuals to have surgery. Right now all options are open."

Katz said he is working with Brigham and other health department officials to come up with a solution, which he hopes to present to the transgender advocates and the Human Rights Commission within months.

"What I have heard clearly is that the advocates are concerned about having access to sexual reassignment surgery not specifically if that access is provided from Healthy San Francisco or some other way," said Katz. "Just because something is not a part of Healthy San Francisco doesn't mean we can't do it."