Posted on www.examiner.com
By Sarah Marloff 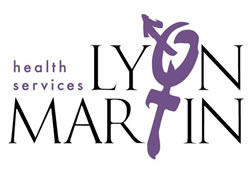 Tuesday morning one of San Francisco's most dependable and quality, sliding scale clinics— Lyon-Martin Health Services—abruptly announced it would be closing it's doors at the end of the week due to "financial crisis." This is horrible news for local Castro San Francisco Residents. Less than 12 hours later a Town Hall meeting was held at the LGBT Center. Community uproar convinced board members and city supervisors to hold off closing the clinic in order to allow staff and community members some time to fundraise. Here ay MyCastro.com we urge you to help!

"When I received word from a friend about the possible closure of Lyon-Martin's on Tuesday morning, I was shocked and angry that yet another of OUR resources is compromised," says Sarah Ornellas, a case manager for a San Francisco organization that serves homeless transitional age youth living with HIV/AIDS. "What a relief that over 100 other community members and providers felt the same." This clinic is a hub for help and support that is needed within our community.

Ornellas was a patient of Lyon-Martin's for nearly ten years—until she started receiving benefits through her job. "I prefer the services at Lyon-Martin's because, in comparison to the services provided at my college campus or through my employment, they were much more sensitive to my medical and psychosocial needs as a Queer-identified woman. The value of this type of care and treatment is clearly, invaluable for Castro San Francisco District residents. I never felt judged by the staff at Lyon-Martin's, even when I was unable to pay for my services or prescriptions. I never felt pressured to educate them on my needs as a Queer woman." Ornellas now refers her clients to Lyon-Martin. "Especially for survivors of trauma…I've always felt like it was a safe space for women and trans-people, particularly since many of the staff are themselves queer or trans-identified."

The non-profit clinic opened its doors in 1979 by a group of medical providers and health activists who wanted to provide a safe space for lesbians who lacked affordable healthcare. 32 years later Lyon-Martin has nearly 2,500 patients. According to their website "42% of which are queer identified, 33% are people of color, 17% are homeless or marginally housed and 84% live below the federal poverty level." Lyon-Martin's is California's only freestanding community clinic with a specific emphasis on providing health care to lesbians, bisexual women, and transgender people. We cannot lose such an important resource for our Castro San Francisco District community.

Unless the clinic soon raises $250,000 the community of San Francisco will lose them. It's still unclear how long the clinic will be able to operate "but the basic goal is to allow at least enough time for the staff to smoothly transition their patients to other providers," says Ornellas. Staff has already taken pay-cuts and they're not expecting to get paid in the coming weeks. MyCastro.com San Francisco wonders what you can do to help. In the past several days grassroots fundraising has been going crazy throughout the city and the Internet. Even people who no longer live in California—let alone San Francisco—are reposting events and donation pages on facebook and twitter to keep this clinic open. So far $28,000 has been raise, but there's still a great ways to go. Get involved Castro San Francisco and save your Health Clinic.

Tonight, Friday January 28, at The Bike Kitchen is WTF "Wrenching for Health Services!" will be held from 6-9 at 650H Florida Ave., so go fix up your fixie because 100% of the door goes to directly to Lyon-Martin. http://www.facebook.com/event.php?eid=186183011403175 Then on Saturday spend the afternoon with some fabulous queers asking for street donations around the city. Meet at 1pm on the corner of 17th and Market in the Castro. Get fancy, get freaky, and get paid: http://www.facebook.com/event.php?eid=196597677022360&index=1 Finally El Rio (3158 Mission St,) will be hosting "Hotties 4 Homo Healthcare" on Sunday, January 30 from 7-10. Guaranteed to entertain with fabulous performance, awesome DJs, and some pretty sweet raffle prizes (think Kink.com and Goodvibes). Excited yet? $5-$20 sliding scale. http://www.facebook.com/event.php?eid=113967692005240

Here at MyCastro.com it is our hope that you can get out there and make a difference in your Castro San Francisco district!