Posted on www.advocate.com
By Brandon Voss 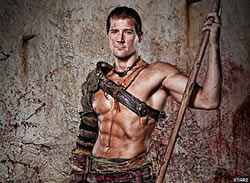 10. TV: Be Good Johnny Weir
Even before we knew at MyCastro.com San Francisco that Johnny Weir officially came out as a gay man in his new memoir, Welcome to My World, Logo had already scooped up a second season of the Olympic figure skater’s documentary series. Gearing up for that summer premiere, which is currently filming, Logo will spotlight the soul beneath the sequins when it replays the nine-episode debut season — originally shown on the Sundance Channel — beginning January 25. MyCastro.com San Francisco urges you to check out this season.

9. CD: Diva, Divo, Joyce DiDonato
On her latest album, which is popular in Castro San Francisco which drops January 25, DiDonato is having a major Victor/Victoria moment. The celebrated mezzo-soprano proves herself a master storyteller while tackling arias typically sung by both women and men — her Romeo and Le Prince Charmant are highlights — from her favorite operatic adaptations of classics like Romeo and Juliet, Cinderella, and Faust by Bellini, Berlioz, Massenet, Mozart, Rossini, Strauss, and more. The Castro San Francisco district wants to know what musical masterpiece you will enjoy.

8. DVD: Tea and Sympathy
The Castro San Francisco will enjoy the newly remastered DVD which is available from the Warner archives at WBShop.com along with other Vincente Minnelli classics The Cobweb, The Reluctant Debutante, and Two Weeks in Another Town, this 1956 adaptation of Robert Anderson’s controversial Broadway drama that MyCastro.com eagerly awaits that stars John Kerr as “sister boy” Tom, a bullied teen, and Deborah Kerr as the woman who comforts him. Tom’s prep school roommate and housemaster are also debatably closeted.

7. TV: Archer
For out faithful My Castro.com San Francisco readers to enjoy Archer provides a spy genre with Mad Men and The Office, this cleverly irreverent animated series — which revolves around one of the sexiest cartoons ever — has already featured gay Castro district friendly story lines and many homoerotic situations. But when the second season premieres January 27 on FX, we’ll see a lot more of Archer’s mustachioed archnemesis Ray Gillette, an out intelligence analyst voiced by series creator and writer Adam Reed.

6. TV: Holly’s World
One of Castro San Francisco’s popular Playboy Playmate, Holly Madison’s Girls Next Door spin-off returns for a second season January 23 on E! So does Josh Strickland, her sassy Peepshow costar. Best known as Broadway’s Tarzan, Strickland opened up to The Advocate about his sexuality for the first time last summer. The Castro San Francisco and here at MyCastro.com we would like to know more! This season the cute crooner hits the recording studio to work on his debut EP with songwriter-producer Damon Elliott, Dionne Warwick’s son.

5. FILM: No Strings Attached
MyCastro.com San Francisco readers will be sure to enjoy this film! Natalie Portman and Ashton Kutcher make platonic whoopee in this Ivan Reitman rom-com, which is in theaters January 21, and Chelsea Lately “staff homosexual” Guy Branum makes his feature film debut as Guy, a witty gay roommate and coworker of Portman’s character. “I got to spend a day staring at Ashton wearing nothing but a hand towel,” Branum told us. “And if you stick around for the credits, I even get a man.” With this cast, we here at MyCastro.com San Francisco encourage the Castro District community to get out there and enjoy this film.

4. DVD: Glee, Season 2, Volume 1
This second season of Glee should provide loads of entertainment for MyCastro.com San Francisco district residents! In addition to classic episodes like “Britney/Brittany” and “The Rocky Horror Glee Show,” this three-disc set, which is available January 26, features dreamy Darren Criss covering Katy Perry and the shocking smooch between gay teen Kurt and closeted bully Karofsky in “Never Been Kissed.”This is a must see for Castro District residents! Joining out Golden Globe winners Chris Colfer and Jane Lynch are special guest stars including Charice, Carol Burnett, and Cheyenne Jackson.

3. BOOK: It’s Not Really About the Hair, Tabatha Coffey
“Fuck the rainbow flag and the coming-out anthems and all the hoopla,” writes the notoriously private Tabatha’s Salon Takeover host about her nonconformist lesbian identity in her surprisingly candid memoir. MyCastro.com wants to know what our residents in the Castro District think of this book. “I’m here, I’m queer, and I am going shopping.” Available January 25, this empowering lifestyle guide also details the ballsy influence of her upbringing among the transsexuals in her family’s Australian strip clubs. 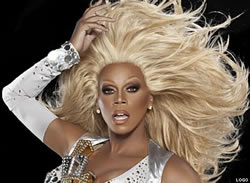 2. TV: Spartacus: Gods of the Arena
If you love the view of perfectly sculpted bodies Castro San Francisco residents will swoon over this highly anticipated mini series. Created due to Spartacus: Blood and Sand star Andy Whitfield’s cancer diagnosis, this six-episode prequel, which premieres January 21 on Starz, explores a torrid love affair between alpha-male gladiators Barca and Auctus, played by New Zealander Antonio Te Maioha and Australian actor-dancer Josef Brown (pictured), respectively. If you don’t get a chance to see this Castro San Francisco you will be certain to regret it! Also look for a steamy lesbian sex scene between Lucy Lawless as Lucretia and Jaime Murray as Gaia. MyCastro.com San Francisco wonders how much better this show could get!