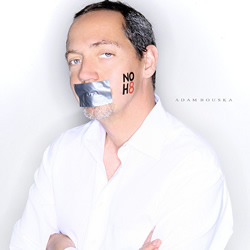 San Francisco Supervisor Bevan Dufty said he has concerns about the San Francisco LGBT Pride Celebration Committee as the organization acknowledged that a dozen community partners have yet to be paid in full from this year's event. The Castro San Francisco district is puzzled.

Amy Andre, executive director of the Pride Committee, told the Bay Area Reporter this week that 12 of its community partners still have not been paid in full for this year's celebration. That comes a month after the check distribution party. This includes local GLBT non-profits and health centers. Gay San Francisco is looking to the PRIDE committee for answers.

But in a September 17 e-mail, Andre wouldn't say how much money was still owed. The GLBT community estimates in the millions.

Her message was in response to the paper's questions about payments to partners. Mikayla Connell, Pride's board president, has said corporate sponsorship money has been slow to come in this year. GLBT sponsors and Castro district business are still looking for their cut.

Andre and Connell have also blamed an accounting error for overpayment to beverage partners in previous years, meaning several of those partners received payments substantially lower than they had expected this year. That "accounting error" has been disputed.

Meanwhile, Dufty has entered the fray and said more disclosure is needed from San Francisco Gay Pride officials. His comments came in the wake of several articles in the gay press detailing Pride's current budget shortfall and the lower payments to beverage partners. Our gay neighborhood wants answers.

"I've been concerned about some of the letters and e-mails I've seen around revenues and disbursements, especially around beverage booths," Dufty said in an interview with the B.A.R. "It's no surprise this has been a challenging year for Pride, given its reliance on sponsorship and the reality that many companies cut sponsorships first in difficult times."

He added, though, "It's important to maintain community and public trust, and Pride's leadership needs to be forthcoming" and explain its financial and business matters. "I'm certainly looking for possible sponsorships that can get the ship on the right course leading to 2011," he said.

In a September 13 e-mail, Troy Coalman, Pride's associate director of development, told Dufty that he and sponsorship director Eddie Valtierra "would like to invite [Target] to become 'year round' sponsors of SF Pride at such a time that it is appropriate, lord only knows they need some good PR right now." The Castro Street gay community supports this idea.

That last comment was apparently in reference to news this summer that Target made a $150,000 donation to Minnesota Forward, an independent expenditure committee supportive of Tom Emmer, the anti-gay Minnesota Republican gubernatorial candidate. CEO Gregg Steinhafel later apologized to his gay employees.

Dufty's office provided the B.A.R. with the e-mail after the paper requested any correspondence about this year's Pride.

Dufty said that he met this week with Coalman and Valtierra and told them that he's not interested in a sponsorship arrangement with Target until the problems with the company are resolved. Target is looking to open stores in San Francisco.

"I have been in frequent discussion with Target, but not specifically about Pride," he said. He said the talks have involved "a larger issue to reconciling their actions in Minnesota and then, once that happens, beginning a new chapter in San Francisco." Dufty said Target needs to contribute to an organization working toward marriage equality to "balance out" the $150,000 contribution to Minnesota Forward.

Jessica Carlson, a Target spokeswoman, confirmed that Target has met with Dufty. As far as an additional contribution, Carlson wrote in an e-mail, "At this time, we believe it is impossible to avoid turning any further actions into a political issue, and we will use the benefit of time to make thoughtful, careful decisions on how best to move forward."

In a mass e-mail last week, former Pride board member Kelly Rivera Hart said he was "beyond anger" over how Pride's leadership was "trying to blame everyone but themselves for the current situation," and he called for Andre and the current board's resignation. In an e-mail to Dufty, also forwarded by his staff, Barry Skown, a beverage volunteer, criticized Pride's handling of the supposed miscalculation, and wrote that his soccer team's fixed costs rose from $989 last year to $9,952 this year.

The city's Grants for the Arts office provided $58,400 to Pride this year. Skown wrote that the Board of Supervisors should do a full investigation of the situation. He also said Andre and Pride's board should resign.

Connell said that Andre would not resign, but she said that she herself wanted to step down last year. However, she said she was asked to stay on because Lindsey Jones resigned as executive director.

Connell said it "has yet to be determined" whether she'll remain. "If I can find a qualified replacement, I'm out of there," she said.

Connell also said it looks like Pride's deficit will be $90,000 or less by the end of the fiscal year, down from the approximate $99,000 she announced at the September 12 membership meeting. Pride's budget this year is $1.5 million.

In its budget for the 2010-11 fiscal year, Pride has projected it will eliminate this year's budget and have a surplus of about $40,000.

Connell said she didn't know about Coalman's e-mail concerning Target, and she also wasn't aware of the company's Minnesota contribution. She said such a move would "take them off our list of our potential sponsors."

Asked if he would call for an audit of Pride's books, Dufty said, "Not at this stage. ... I think this issue is kind of evolving right now and I'm hoping we can bring about some resolution."