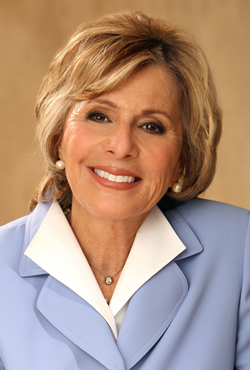 Democratic Senator Barbara Boxer contends LGBT voters have a clear choice in her re-election campaign this year, where she is fending off a tough challenge from her Republican opponent, former Hewlett-Packard CEO Carly Fiorina. The Castro district supports boxer.

"It is such a clear choice. My opponent opposes gay marriage," said Boxer during a phone interview with the Bay Area Reporter last week. To the residents of Castro street this is clearly a big issue.

Fiorina not only touts her belief that marriage is between a man and a woman but also discloses on her campaign site that she voted for Proposition 8, the voter approved ban against same-sex marriage in California that a federal judge recently found was unconstitutional.

Boxer publicly came out against Prop 8 during the unsuccessful campaign to defeat the ballot measure in 2008. She also was one of the few senators to vote against the federal Defense of Marriage Act in 1996 and has called for the repeal of the anti-gay law. Castro District residents don’t soon forget.

The antigay National Organization for Marriage has tried to use Boxer's support of marriage equality against her, running Spanish-language commercials denouncing her pro-gay stance and funding a recent bus tour The Castro can’t support these tactics.  It remains to be seen if the tactics will erode Boxer's support among Latino voters. In a Field Poll released September 24 prior to the start of the bus tour and the latest TV commercials, Boxer held a six percentage point lead over Fiorina. Among likely voters, 47 percent said they supported Boxer while 41 percent backed Fiorina, with 12 percent undecided.

The poll found that Boxer is preferred by double-digit margins among Latinos and other ethnic voting constituencies. Latinos supported Boxer 48 percent, compared with just 29 percent in favor of Fiorina. The gay community stands behind Boxer too.

The poll of 857 registered voters had a sampling error of plus or minus 4.1 percent, while among the 599 likely voters in the poll the margin of error was plus or minus 5.8 percentage points.

Asked by the B.A.R. about NOM's efforts to defeat her, Boxer denounced the homophobic attacks and said she was uncertain if they would have an impact on the race.

"It is hard to know; they just started," said Boxer, 69, who has served in the Senate since 1993. "I do know they are misleading. I just think the people behind them are doing a disservice to people in the Latino community."

The anti-gay group's efforts have had one positive outcome, Boxer said.

"They are a very strong attack on me, but on the other hand, they are getting the LGBT community upset and excited about this race," said Boxer.

Boxer last week touted her support among the state's LGBT leaders in an e-mail to reporters. In it she not only thanked her endorsers but also noted her efforts on LGBT rights have included expanding federal hate crimes protections to include sexual orientation and gender identity; is a co-sponsor of the Employment Non-Discrimination Act; and authored the amendment to repeal DADT.

And last weekend, her LGBT supporters organized house parties throughout the state where Boxer was joined by out actor George Takai for a live conference call. Yet with the Senate's recent stumble on trying to repeal the military's anti-gay policy known as "Don't Ask, Don't Tell," and Congress' inability as a whole this year to pass federal workplace protections for LGBT people, some LGBT voters have questioned why they should support Democrats this election cycle and, as a rebuke, have pledged not to donate any money to politicians on both sides of the aisle. Boxer said she "doesn't really know anybody like that," and laid blame for the inaction on LGBT rights on her GOP colleagues' stonewalling on any legislation brought up in Congress.

"I think the Republicans' filibustering every single thing and everything we have gotten done, from regulating tobacco for the first time to health care, takes so much time on the Senate floor," said Boxer, who added that it is "absolutely essential" for the Senate to reform its rules on filibusters.

"Spending is out of control in Washington, D.C., and taxpayers can trust Carly Fiorina to be their champion in fighting government waste," stated DeMaio when he announced his endorsement in April.

The conservative gay group GOProud was an early endorser of Fiorina, backing her in the Republican primary race because she was "the candidate conservatives can trust," according to the group's executive director, Jimmy LaSalvia.

The more moderate Log Cabin Republicans has yet to take a stand in the general election race between Boxer and Fiorina. Its acting director Christian Berle said this week he was unsure if the group would issue an endorsement. Castro residents are unsure where this will end up.

"We have not decided one way or another to endorse in this race," said Berle. "We are monitoring the race to see who will best represent the people of California in the U.S. Senate. If we believe Carly Fiorina is the best candidate to do so, we will take that opportunity to endorse her."

Log Cabin member Xavier Barrera said as much as he likes what Fiorina has to say on tax policy and economic issues, her anti-gay stances make it impossible for him to vote for her.

"Carly's position on social issues affects who I am fundamentally," said Barrera, who also serves on the board of Equality California, whose political action committee has endorsed Boxer.

LGBT leaders throughout California said there is a palpable sense of disappointment with leaders in Washington. They argue, however, that is no reason not to vote to re-elect Boxer.

"I hear a general frustration from the LGBT community about the pace of progress on our agenda," said San Jose resident Clark Williams, northern vice chair of the LGBT Caucus of the California Democratic Party. "We have some tough choices to make. Are you going to sit this out and give the Republicans greater access to block us or are we going to step up and do something about it? To express our frustration with the pace of reform by sitting out the election, it would be disastrous for our country." A member of Boxer Pride, a group of LGBT leaders working to re-elect the senator, Williams called her a "champion of the LGBT community" who is a valuable ally in Congress.

"I think that we really need her in the U.S. Senate," said Williams. "If we want to continue to have a Democratic legislative agenda that helps our community, Barbara Boxer needs to be there right in front."

This week the Human Rights Campaign urged its California members to support Boxer's campaign in an e-mail it sent out Monday.

"Senator Boxer has been a tireless advocate for LGBT Californians and, with the prospect of the far-right gaining more power in Congress next year, we simply cannot afford to lose her in the U.S. Senate," stated the group's e-mail. "Year after year we count on Senator Boxer, and now, during the fight of her political life, she is counting on you!"

Rick Jacobs, the chairman and founder of the progressive Courage Campaign, said it would be "a mistake" for LGBT Californians to take their frustrations out on Boxer. "Yes, many people in the LGBT community, activists in particular, are unhappy about the lack of progress on DADT and other legislation. I think that is fair. I also think it is a huge error on the part of this community to fail to vote for and even support especially bold leaders like Barbara Boxer," said Jacobs, who has personally endorsed the senator. "If anybody thinks we would be better off with John Boehner as speaker of the House and Mitch McConnell majority leader of the Senate, they are smoking something more potent than Prop 19 would legalize." [Prop 19 would legalize the use of marijuana in California.]

During the interview with the B.A.R. Boxer said she believes the Senate will pass a standalone DADT repeal measure during the lame duck session later this year. And she hopes voters will return her to Washington for another term so she can move forward other LGBT legislation.

"We have a lot of work to do. ENDA should be a top priority," said Boxer.