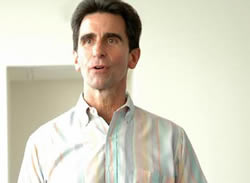 My Castro San Francisco is glad to bring some positive news to you regarding the latest California Gay Education Bill. A bill sponsored by openly gay Calif. state senator Mark Leno to require social studies curriculum to include gay history is closer to becoming law after the state senate passed the legislation Thursday. Castro San Francisco smiles. The bill now heads to the general assembly, where it is widely expected to pass. This is excellent news to say the least with all the other bill setbacks gay San Francisco has had to hear about recently.

The Fair, Accurate, Inclusive and Respectful Education Act would require school districts to add LGBT individuals "to the existing list of under-represented cultural and ethnic groups already included in the state's inclusionary education requirements," according to Leno. The bill, SB-48, passed the state senate by a party line vote of 23-14. Cheers ring from our lovely Castro District.

"Most textbooks don't include any information about LGBT historical figures or the LGBT civil rights movement, which has great significance to both California and U.S. history," Leno said.

"This selective censorship sends the wrong message to all young people, and especially to those who do not identify as straight. We can't tell our youth that it's OK to be yourself and expect them to treat their peers with dignity and respect while we deny them accurate information about the historical contributions of Americans who happened to be LGBT," he said.

Opponents have criticized the bill as vague and a distraction from core curriculum issues. "To have something this nebulous just opens it up to problems," Republican state senator Bob Huff told the New York Times. "At what age do you start doing this instruction? What is age appropriate and what is appropriate at all is really a question we haven't answered."