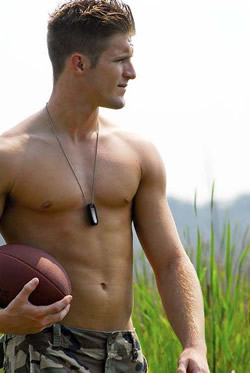 Republican candidates for the 8th Congressional District in Tennessee attended a Tea Party forum last Thursday during which they defended the military’s "don’t ask, don’t tell" policy and joked about violence against gay service members.

According to the Jackson Sun, Dr. Ron Kirkland, a Vietnam veteran, and Randy Smith, a veteran of the first Iraq War, joked that gay service members were "taken care of" during the forum in Paris.

"I can tell you if there were any homosexuals in that group, they were taken care of in ways I can't describe to you," said Kirkland.

Smith, who served in the first Iraqi war, said, "I definitely wouldn't want to share a shower with a homosexual. We took care of that kind of stuff, just like (Kirkland) said."

In response to an uproar about the comments, Smith issued a lukewarm apology, the Sun later reported.

"Smith said he knew of violence against gay service members in concept only and never knew of any actual incidents or anything that he could report.

"'I heard guys that said, 'If there was a gay dude I knew about, he'd fall down the line or get pushed over' ... but I haven't actually seen anything like that or seen a blanket party or anything like that,' he said. '... I've never known anybody personally to do that.'

"Smith apologized if his comments offended, but maintained he was 'telling it how it is actually; and warning about hazing — physical and emotional — that could come if 'Don't Ask, Don't Tell' is repealed.

"He said he has a 19-year-old gay daughter who lives in California, and that while he disagrees with her lifestyle, he understands that it is her right to live it.

"'I don't begrudge her because she's gay,' Smith said. '... I would have no problem standing beside a gay man in a time of war, standing back to back, him having my back and me having his back, but I would, as I said last night, have trouble sharing a shower with a gay man.'"

Kirkland has not apologized, the Sun reported.