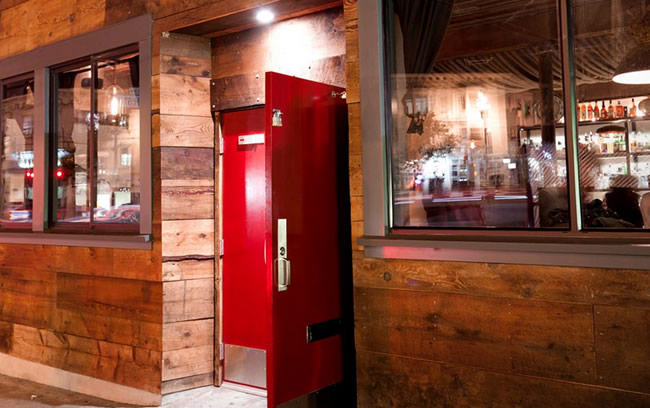 Throw it back World War II style at Castro, San Francisco’s favorite 1940s-inspired cocktail bar, Churchill. Churchill opened back in 2011, taking the place of what used to be The Bar on Church. This swanky palace isn’t necessarily a “gay bar” or “straight bar” — it’s a place that aims to be comfortable and welcoming to all folks, regardless of their strokes.

Owners Anthony Healy-London, Mike Goebel, Darin Brunson, Dylan O’Brien and designer Lauren Geremia (who worked on Bloodhound in SoMa and Double Dutch in the Mission) envisioned a sleek representation of the World War II era, with mostly self-made furniture and décor. “There’s no plastic or anything like that. It’s pretty much just glass, wood, a lot of metal and we kept the concrete floor. It’s sort of a military barracks theme, and it’s super manly,” Geremia told 7x7 magazine. 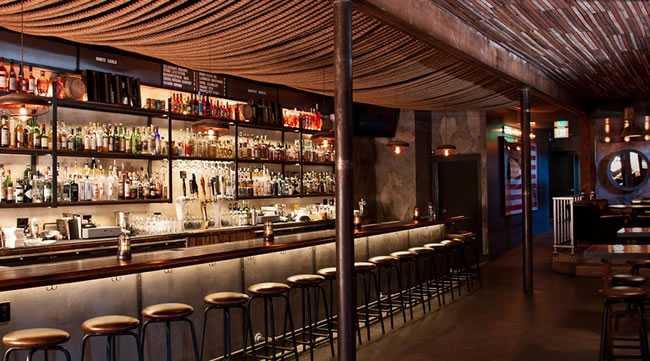 Churchill boasts a collection of over 40 top-notch whiskeys — along with an impressive stash of vodka, rum and other spirits, including about 25 agave-based liquors. They’ve also got 10 beers on draft and a few very large bottled beers to choose from. But what most people come to try, are the signature cocktails, including: 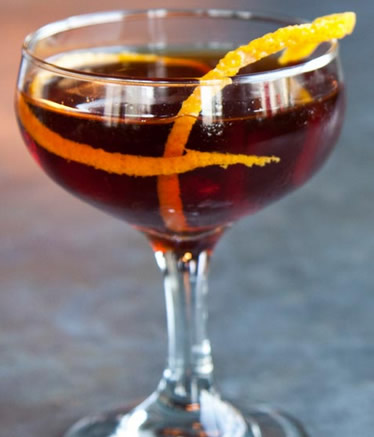 “Churchill serves up straightforward, world-class cocktails in a space that recalls WWII-era bars and canteens. If a well-traveled diplomat needed a stiff drink during his stopover in San Francisco during the 1940s, we like to think this would be his favorite watering hole. We’ve mixed vintage fixtures, raw and reclaimed materials with modern accents to create an atmosphere of unpretentious sophistication: Yes, our bar is handcrafted from a single slab of walnut. No, we don’t expect you to be gentle with it.” — www.churchillsf.com