Beaux: A New Bar (and Your Next Love Affair) Coming to the Castro District 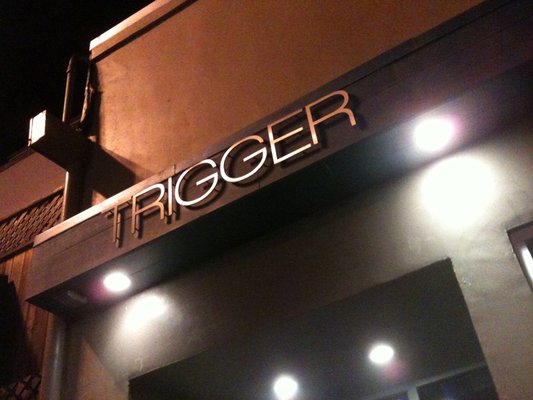 Love Midnight Sun, QBar and the Edge? I know you do! Tim Eicher, Rob Giljum, and Rob Cotterman, who own these popular bars, are taking over what used to be Trigger (2344 Market Street) — and they’re giving it a facelift. The new Castro District lounge and dance bar will be called Beaux, and should be open late summer or early fall.

One of the owners, Tim Eicher, says that a goal for the former Trigger (which is L.A.-inspired and covered in concrete) is to revamp it into a more warm, inviting and comfortable space that provides more of an San Francisco feel, according to GrubStreet. Even though it will boast a more comforting feel, Eicher hopes it can provide a little flexibility as well. He wants it to be chill enough to for a large group to hang out at on a Wednesday night, but fly enough to turn into a dance bar on the weekends.

The name of the bar, Beaux, comes from the concept of the word itself, which is French (also pronounced "boh" or "boze") and is defined as a frequent and attentive male companion, aka, a boyfriend. Marketing Director, Joshua J Cook, hopes that the bar will create an ongoing love affair with the Castro community — he wants Beaux to be your long-time boyfriend in the Castro, according to the Castro Biscuit.

Eicher says that he and partners are also planning to introduce unique cocktail program, with the aid of a bar consultant. On weeknights, he hopes the stage could be used for some performances — including cabaret, comedy and drag shows.

The design of the bar will be done by Geremia Design (www.geremiadesign.com). The designer, Lauren Germenia, has done work on Bloodhound on Folsom, Churchill on Church and Market, the Instagram offices and more.

Beaux is looking to hire a full staff; bar tenders, bar backs, security, coat check — the works. They’re currently searching for a general manager with impressive management experience. Interested in working at Beaux? Resumes and CVs can be sent to beauxsf@icloud.com.

Beaux is aiming to open August 2013. Stay tuned for details on the opening party!