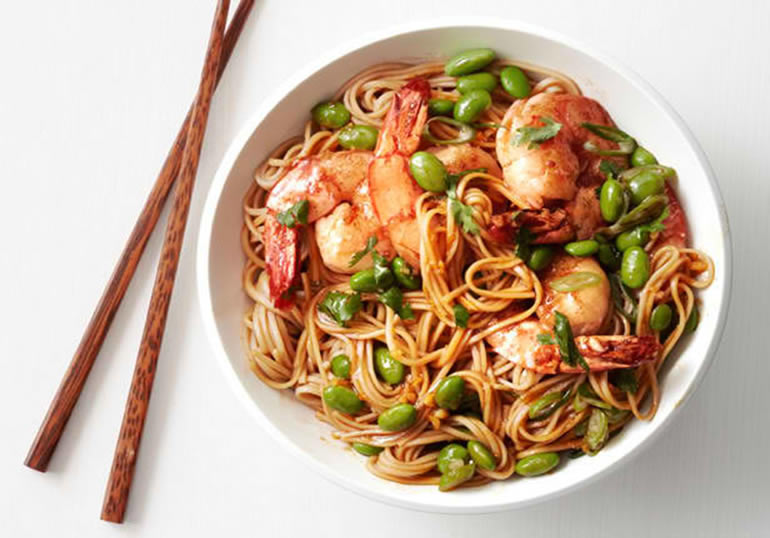 It’s 3 pm on a Saturday, and you’re craving noodles.

Like, an “I need to go to AA for foodies” craving where you will shank someone with your stilettos if you don’t shove noodles in your face right this second.

When that monstrous hunger hits, where do you go? Could the answer soon be Slurp Noodle Bar , in the space formerly known as Fork Café on Castro Street?

(Yes, the word ‘slurp’ gives me the willies. But for the sake of noodles and my love of talking about food with all of you, I’ll let it go the next few hundred words.)

The new eatery finished its transition from café in early October. Don’t let the lack of sign-age fool you; while the large fork still hangs above the restaurant entrance, a blackboard sign by the door lets you know that the noodle-ry is in full swing.

The new spot is already garnering good reviews from patrons for its delicious food and friendly service. (Come on, even Yelpers are praising this place. How often is the Yelp populous mostly happy about anything?) And it isn’t just the soups and noodles foodsters have been going gaga over: the pork belly buns and kimchi tacos are garnering this Asian fusion spot a following.

The question, now, is how long Slurp will stay. Because as we know, the pressure of filling such a prime piece of Castro Street real estate comes with an already-made set of expectations.

Fork never caught much fan fair since opening in 2012. Patrons and reviews claimed that the food was “sub par” and that the service isn’t anything to get excited about. But Fork’s lack of success—despite being in close proximity to clubs and bars so as to draw in hungry crowds willing to throw down money for all of the food—could have had to do with the fact that there are way too many café and American cuisine options around the Castro and Upper Market corridor to count.

The noodle house concept, however, isn’t what you think of as a stable go-to in the Castro, at least not yet. Critics are quick to point out that Nirvana Restaurant didn’t survive despite a happy following, but maybe this new spot has something else to offer.

We will certainly keep an eye on how Slurp Noodle Bar fairs in the Castro. And probably hop on over to try this papaya salad for ourselves.