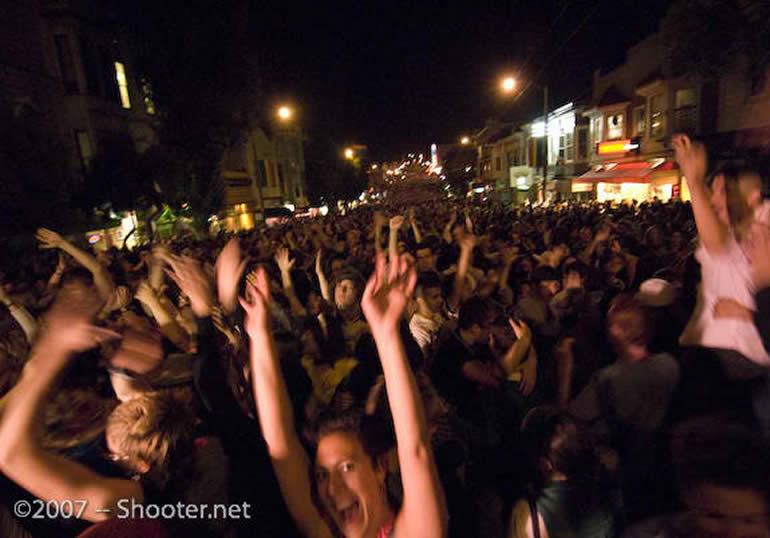 My Castro has been closely following the Castro district's recent crime spike and the call for better safety.

That community push for safer streets has reached new heights as the need for a safer Pride Weekend--Pink Saturday in particular--has become the focus.

The Bay Area Reporter first broke the news last week that Supervisor Scott Wiener, Pink Saturday organizers, police officers and other community members are among those set to meet Wednesday around 6 pm to discuss the growing concerns over the safety of the event, mainly after violent events hit the scene this past June.

One event that has prompted said meeting: When a member of the Sisters of Perpetual Indulgence was attacked in during Pink Saturday festivities in an reported hate crime. It was one of a few violent incidents that hit this year's festivities. The attack, in addition to other safety concerns, is driving the Sisters to question whether or not they want to host the event next year.

This is, sadly, not the first time that acts of violence have reared its heads during the festival. In 2010 a 19-year-old Pride weekend attendee was shot to death at the end of the festival.

"If the end result cannot be a fun, queer-centric, safe event, then the Sisters most likely will not host the event again," Kevin Roberts told the BAR. Roberts--Sister Mora Lee D'Klined, president of the Sisters--added that while the festivities have offered lots of good times that Pink Saturday "has kind of outgrown itself" and that "major changes need to be made," the BAR reported. "I would not support shutting down Pink Saturday in total, but I would definitely not support running Pink Saturday the way it has been running."

Bay Area Reporter estimated--using the SFPD site, something My Castro did a few weeks back for our own safety-centric piece--that there were 12 reported incidents at this year's Pink Saturday event, occurring within the half mile surrounding the 18th and Castro Streets area. While these figures are reportedly lower than previous years, the BAR acknowledges that these figures did not include incidents reported after midnight--a point at which many violent crimes in the area seem to be reported--and that it is a possibility that not all incidents reported were Pink Saturday related.

Nonetheless, the event needs to be safer.

Plus, the Sisters have been hosting the event for free over the years. It's not like they're turning a profit from Pink Saturday turning into a hub for violence. So, at the very least, Wednesday's meeting will be an opportunity to churn out ideas on how to make the event safer, right? Roberts told Bay Area Reporter that the Sisters have a positive relationship with the SFPD, which lends hope to the two sides finding common ground in looking towards next year's festival.

Wednesday's meeting between Supervisor Scott Wiener, members of the Sisters and police officials will start at 6 pm at the Eureka Valley Recreation Center.