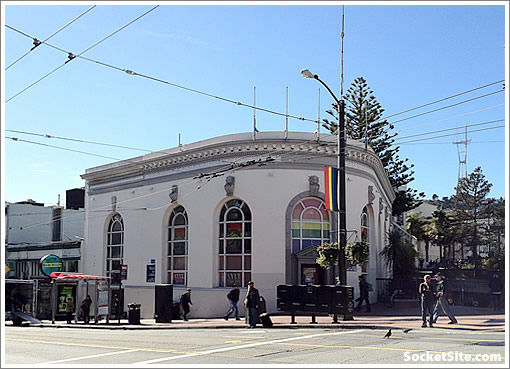 Move over Magic Mike — we may have some new male strippers in the spotlight. Randy Rooster, a Chippendales-style strip club, is in escrow to purchase the former retail space (400 Castro Street, San Francisco) on the corner of Castro and Market, adjacent to Harvey Milk Plaza. (There were some rumors about an Apple store taking the space — but I think the Castro District might prefer some shirtless men over another new iPod.)

Supporters and backers of the Randy Rooster have been reaching out to the community, and they launched a website (http://rr-sf.com) to gain investors. The Randy Rooster promises to be an ethical business that contributes to "the greater good," according to SFist.

So what makes them different? Well for one thing they’ll be serving food (which always wins my heart), but they also promise “the highest quality entertainment, locally sourced fine dining, elegant alcoholic beverages, and stimulating music,” according to SFist.

The biggest hurdle for the proposed strip club, if they do move forward with it, will be changing the current zoning of the building and getting permits for the type of entertainment they’ll be providing (nightlife/bar/adult entertainment). Zoning changes need to be approved by the San Francisco Planning Department.

It may also be quite a challenge to win over the Castro community, especially the neighborhood associations and local merchants. Not everyone will be opposed to it, but some worry that it may bring down property values. (Even though Castro Street is one of the most openly sexual places I’ve ever been to, so I don’t think that this will be too much of an earth-shattering change!)

What do you think about Randy Rooster coming to the Castro?