Make Way! RuPaul’s Drag Race All Stars are Coming to the Castro District 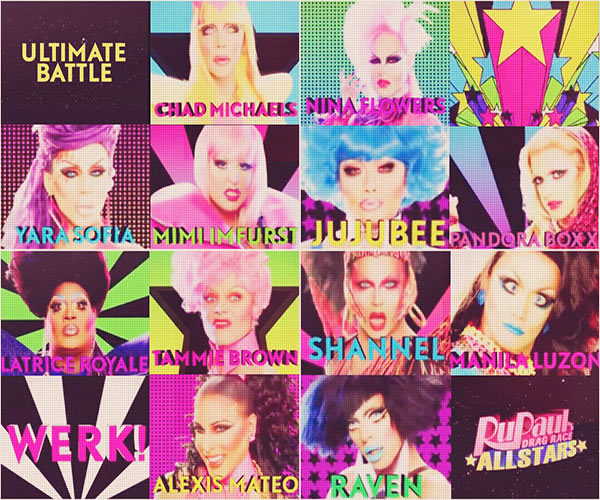 Men, women, drag queens — lend me your ears! I come to tell you about RuPaul and her drag queens. On Wednesday, June 19, 2013, these ladies are coming to the Cafe (2369 Market Street) in the Castro District!

If you’re unfamiliar with RuPaul’s Drag Race, first of all, how dare you, and second of all, let me fill you in. RuPaul’s Drag Race airs on Logo TV and brings the most fabulous and talented drag queens together to compete for a prize — in this case a very hefty prize. LogoTV.com describes it as follows: “It's not just about the wigs and the heels, it's about performers with passion who prove to be some of the most fascinating characters on television. And this season brings us the biggest personalities the show has ever seen, all vying for the biggest prize in Drag Race history — $100,000. That's a lot of padding, honey! From deeply revealing workroom interactions, to displays of wild creativity during the challenges, to their astounding transformations on the runway, every moment is hilarious, heart-filled, and truly unpredictable.”

Lucky for the Castro, all that excitement is coming to us! All the drag queens (except Team Brown Flowers, aka Nina Flowers and Tammi Brown) from Season 6 will be coming to the Cafe: Latrice Royale, Manila Luzon, Alexis Mateo, Yara Sofia, Mimi Imfurst, Pandora Boxx, Raven, Jujubee, Shannel and of course the winner, Chad Michaels.

Doors will open at 7:00pm and the show will start at 9:00pm (don’t be late, ladies!). Jujubee will be performing her famous number that she performed on the show — live and in costume! Manila and Latrice will also be performing their single “The Chop.”

After the performances, there will be an opportunity to meet and take pictures with these fabulous queens. Tickets are limited, so get yours today! 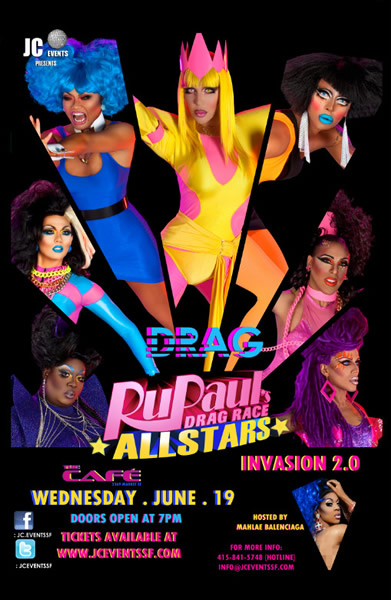