Harvey Milk Day: Honoring the Man Who Changed It All 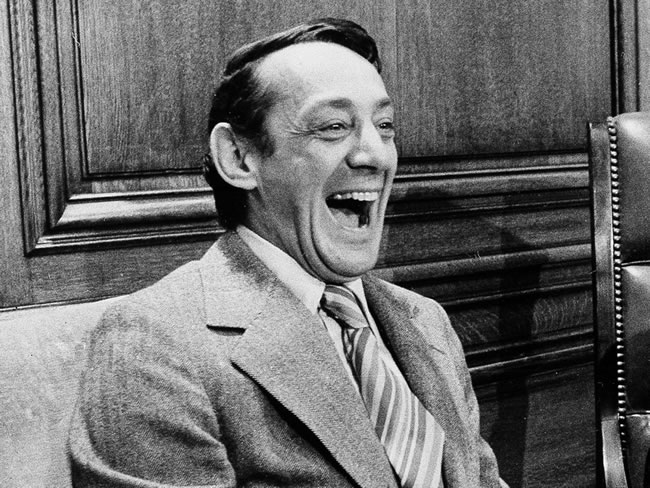 Harvey Milk Day (May 22) is a special day that’s celebrated globally each year to honor Harvey Milk, a gay rights activist who was assassinated in 1978.

After winning a seat on the San Francisco Board of Supervisors, Harvey Milk became the first openly gay person to be elected to public office in the United States. This groundbreaking election was a landmark event for the LGBTQ community — and the world. During his earlier campaigns, he earned a lot of press because of his savvy media skills and his fiery, flamboyant speeches. He also ran on a socially liberal platform, supporting the legalization of marijuana and opposing government interference regarding private sexual matters, according to Wikipedia.

He was sweeping over the Castro District — and slowly but surely he was winning over the rest of the city, too. To win the election in 1977 (after three unsuccessful campaigns), Milk had to gain the support of all segments of his district — and he did. On the night of the election, Harvey Milk told his supporters: "This is not my victory — it's yours. If a gay man can win, it proves that there is hope for all minorities who are willing to fight."

Because of Harvey, the city council passed a Gay Rights Ordinance in 1978 that protected gay people from being fired from their jobs.

Even with all the greatness that he achieved, Milk still had to deal with hate. As a SF Supervisor advocating gay rights, he knew his position put him in danger. He was bombarded with hate mail flooding his office. Chillingly, Milk recorded a tape (with instructions to only be read if he died from assassination) saying, "If a bullet should enter my brain, let that bullet destroy every closet door."

Despite Harvey’s short time in office, he became a martyr in the gay community and an icon in San Francisco. His life changed the LGBTQ community for the better. The Harvey Milk Foundation website says: “His courage, passion and sense of justice rocked [the] country and stirred the very core of a put down and pushed out community, bringing forward new hope and a new vision of freedom.”

Today, Harvey Milk is still constantly recognized for his passion and bravery. In 2002, he was called "the most famous and most significantly open LGBT official ever elected in the United States.” His final campaign manager, Anne Kronenberg, wrote of him: "What set Harvey apart from you or me was that he was a visionary. He imagined a righteous world inside his head and then he set about to create it for real, for all of us." In 2009, Harvey was posthumously awarded the Presidential Medal of Freedom.

As a not-for-profit global organization, our program goals — to empower local, regional, national and global organizations so that they may fully realize the power of Harvey Milk’s story, style, and collaborative relationship building — are as large and bold as Harvey taught us! The Foundation, through Harvey’s dream for a just tomorrow, envisions governments that celebrate the rich and universally empowering diversity of humanity, where all individuals — gay, lesbian, bisexual, transgendered, racial and ethnic minorities, the elderly, the young, the disabled — all who had been excluded can fully participate in all societal rights without exception. Harvey Milk Foundation, www.milkfoundation.org