WOULD ANTI-POLICE PROTESTS IN THE CASTRO BE PEACEFUL? 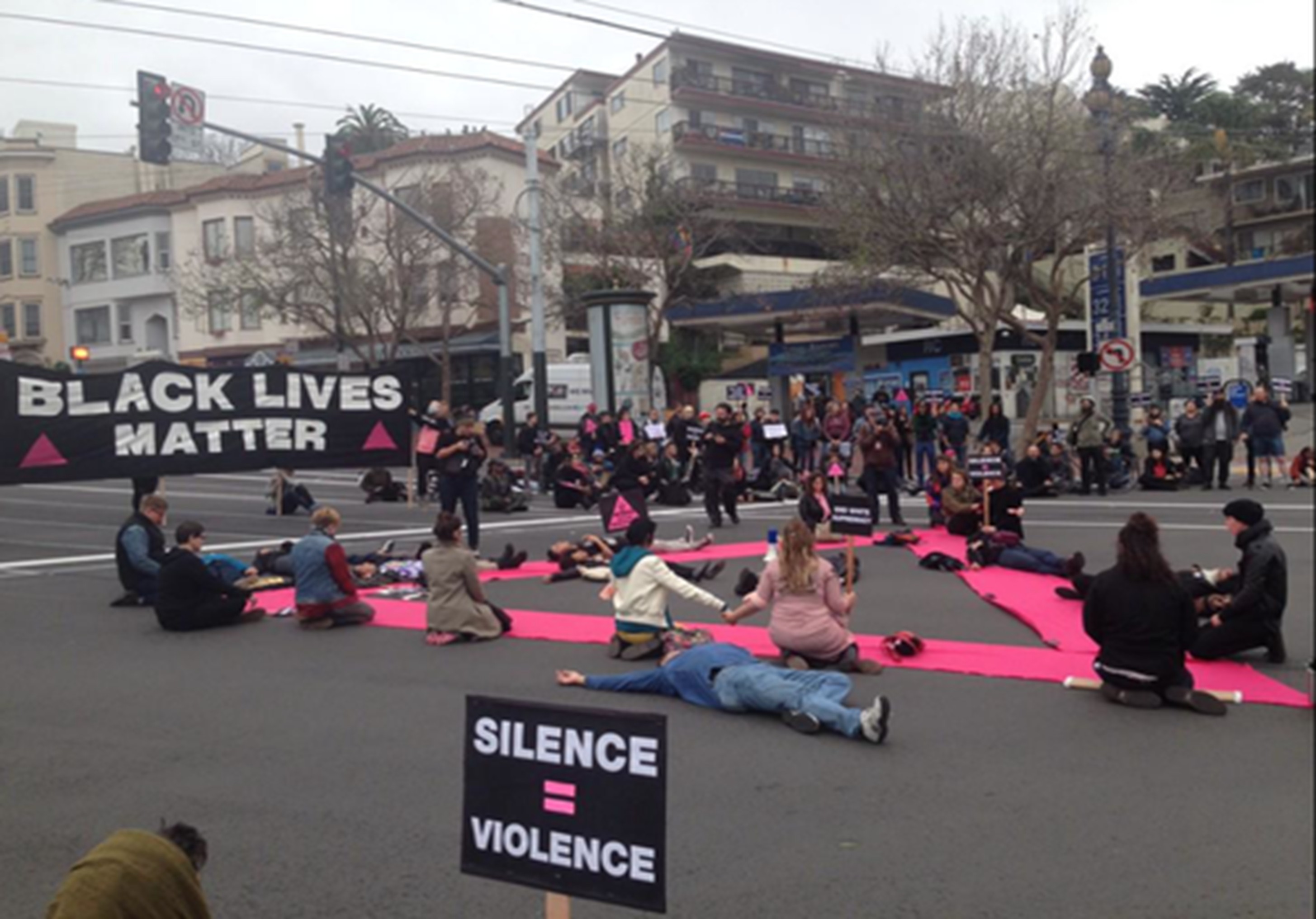 The greater Castro area has--for the most part--the advantage of being its own little world. From its one-of-a-kind restaurants to exclusive bars to its neighborhood run street fairs. It's even a world-renowned site of homegrown political activism that distinguishes it from San Francisco's other neighborhoods.

But the Castro is not immune to the protests that have swept the Bay Area in recent weeks, leading us to wonder if the same streets that host the Castro Farmer's Market are set to become battle ground for more demonstrations in the near future--and if they could potentially not remain peaceful.

The San Francisco Chronicle reported on the protest that took place last Wednesday, starting at the intersection of Market and Octavia Streets and migrating to the Castro-Market corridor. Some 200 people speaking out against the police shootings in Missouri and New York on Christmas Eve marched, laid in the sidewalk and spoke about the adversities that face the black queer community, the Chronicle reported. Participants sang, held hands and dispersed by 10 a.m.

Really, the whole demonstration is peaceful and informative--a far cry from the looting and violence that has begun breaking out during protests in Berkeley and Oakland. SF police Lt. Ed Santos was even complimentary of how the protest was organized, the Chron reported.

However, the presence of protests fueled by the incidents in Ferguson and NYC comes with caution tape. The daily marches in Berkeley have led to looting, while BART has experienced system-wide delays on multiple occasions. The "no time off" anti-police protesters put a serious damper on the holiday week, trashing the Christmas tree in Jack London Square.

Surely we haven't seen our last protest against police violence in the Castro. The question now is: Can these happenings remain as peaceful as they did last Wednesday, or follow a similar pattern as other protests in the Bay Area?