Brittney Spears to Perform in the Castro 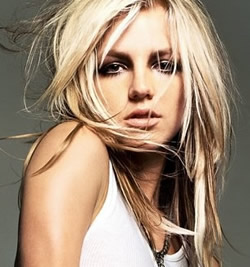 Castro District resident cheer! Brit is coming to the Castro! We know you've been dying to know details about Britney Spears' Good Morning America mini-concert this month. Details about the performance have been sketchy...that is, until now. We have all the info for you!

Get ready for some street closures. The 400 and 500 blocks of Castro Street, between Market and 19th streets in the Castro, will be shutdown at midnight on March 26th until 5pm on March 27th.

Britney is scheduled to perform for an hour beginning at noon in front of the Castro Theater. The segment will air on Good Morning America on Tuesday, March 29th, the day Spears' album Femme Fatale is released.

ABC is picking up the bill for security, cleanup, rerouting public transportation and moving street cables to make way for the stage setup.

Spears is set to show up in San Francisco days before the show. She will likely visit meet with youth organizations like Lavender Youth Recreation and Information Center and Larkin Street Youth Services. And who knows...she might even stop by a certain radio station (keeping our fingers crossed)! Mycastro.com fans stay tuned and show up!