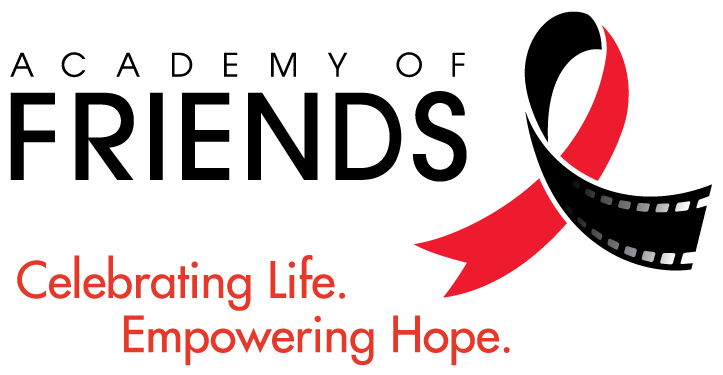 Program for the evening:

Hors d'oeuvres will be provided along with a selection of wines and cocktails!

Help the Academy of Friends continue to raise money for HIV/AIDS Services for this community as long as the need endures. They have distributed over $8.6 million to HIV/AIDS Services since the beginning of the pandemic!

The World Premiere of HBO's LOOKING at the Castro Theatre 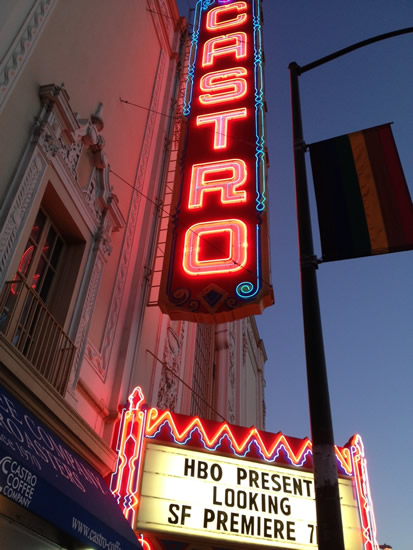 The gay dramedy is set in The City, where it was also filmed. Creator/Co-Executive Producer Michael Lannan says Looking is about "looking for authentic ways of being in the world." The show centers around three gay friends: Paddy (Jonathan Groff), a twenty-something video-game programmer looking for sex and/or love; Agustín (Frankie J. Alvarez), an artist moving to Oakland to live with his boyfriend; and Dom (Murray Bartlett), a long-time waiter approaching forty and deflated the first time his sexual charms fail him. 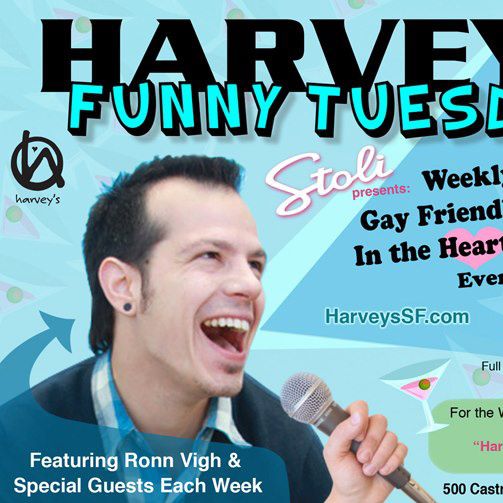 There's nothing like a good Harvey's happy hour to take the edge off your day...but what's this? Closed?! Don't worry, the restaurant isn't closed for good or moving anywhere. The happening bar/restaurant on 500 Castro Street is temporarily closed for maintenance and will re-open at 11am on Tuesday, January 14, 2014, according to their Facebook and Twitter pages.

They will re-open with the first Harvey's Funny Tuesdays of the year (at 9pm)! 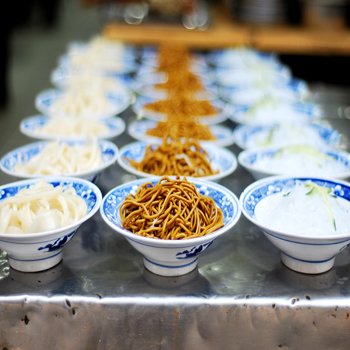 Daimaru sushi is going back to its roots of classic Chinese cuisine. The new concept opens with the name Makali Chinese Located 16th and Sanchez. Rumor has it that the owners felt their sushi concept was receiving only so-so reviews and thus wanted to return to offering cuisine that was an expertise. The menu boasts traditional fair and the price point is just right for any pocket book.

We haven't had a chance to make it in for lunch or dinner service, but we are hoping you will and let us know what you think below. Please leave your comments below.

Beaux to Replace Trigger in the Castro 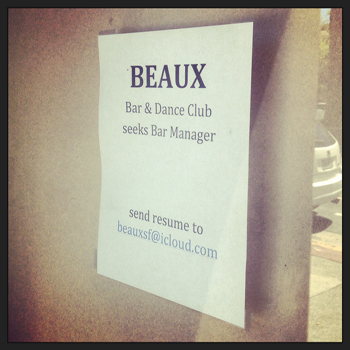 The Castro is getting a new bar and nightclub. While there's been a fair number of darkened storefronts in the hood over the past year, the bar scene in the Castro will be getting an injection of new life in the coming months. The dormant Trigger space is getting a major overhaul as a warm and cozy lounge and dance bar. It will be renamed Beaux, and should make its debut by late summer or early fall.

One of the main goals for the very concrete-covered, L.A.-inspired former Trigger is to make it a warm, inviting, comfortable space that feels more appropriate for San Francisco. Owners, want it to be more flexible, so that it can feel warm and cool for 20 or 30 people on a Wednesday, but also open up into a dance bar on weekends.

As for the name, it of course means "boyfriends" or "beauties" (plural) in French, and the team says you can pronounce it "boh" or "boze," as you wish.

Are you excted about this new addition to the Castro San Francisco bar scene? Let us know below.

Join The Sisters of Perpetual Indulgence for a Trash Exorcism at Dolores! 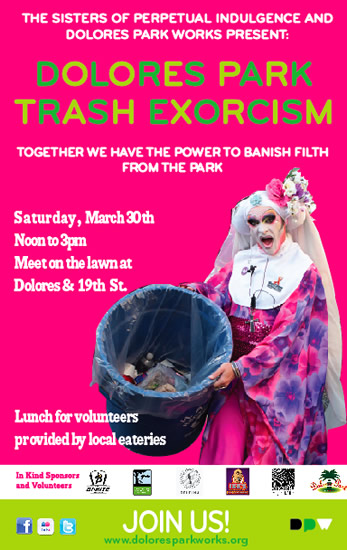 We all love Dolores Park in San Francisco — best for enjoying warm weather and shirtless hotties — but with all the fun we have there, it can get a little messy. It's time to give back to Gay Beach: Join The Sisters of Perpetual Indulgence and Dolores Park Works on Saturday, March 30, noon to 3PM for a "trash exorcism" of Dolores Park!

And were not talking about picking up a few empty beer bottles — it's time to get on your hands and knees and spring clean like you've never spring cleaned before: trash, cigarette butts, bottle caps, napkins… everything. Not only will you feel good for beautifying Castro District's favorite park, but your tummy will be happy, too: All volunteers will get lunch! Yummy. 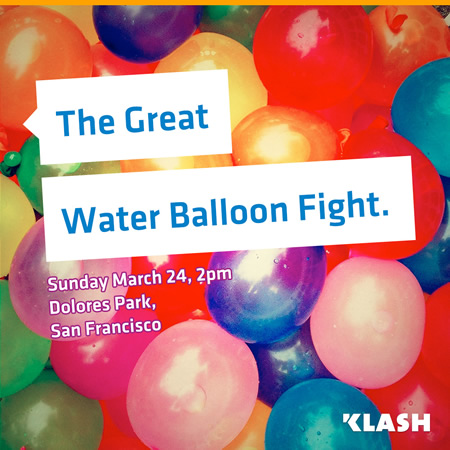 It's time to get wet and wild this Sunday at Dolores Park!

Klash, a new app that lets you dare your friends to do crazy things and accept fun challenges, is coming to Gay San Francisco for a day to host a big, wet water balloon fight at Dolores Park. All you have to do is show up at 2pm near the tennis courts with a bag full of water balloons and your game face on. We dare you to be the first one to throw a water balloon!