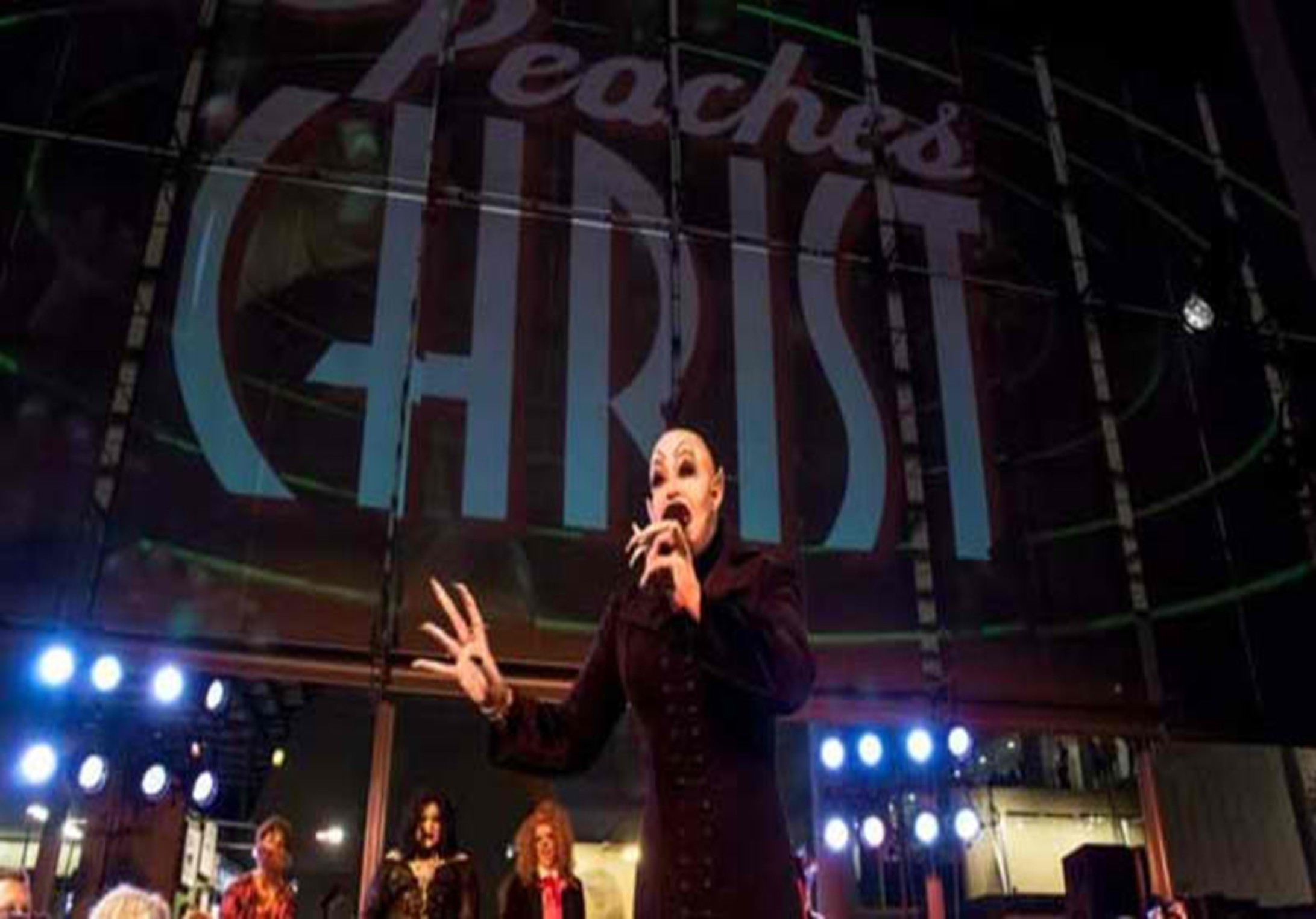 A drag show and science exhibit mixed into one evening? How is that even possible on this planet?!

It is oh-so-possible this October 30 at the California Academy of Sciences.

The wildly popular Thursday Nightlife will be featuring an exclusive Creatures of the Nightlife event. The evening will include "monster makeovers" from divine drag celebrities and special activities including a "ghost images" demo and a hands-on zombie exhibit.

Of course, patrons are encouraged to dress in their Halloween garb because at 8:45 there will be a costume contest and drag show hosted by the always-epic Peaches Christ.

Step outside the Castro for a few hours and indulge in this truly San Franciscan way to kick off the holiday weekend with a totally out-of-this world way to kick off pre-Hallows Eve!

For more information on the events, exhibit times, and other Nightlife info, please visit calacademy.org. 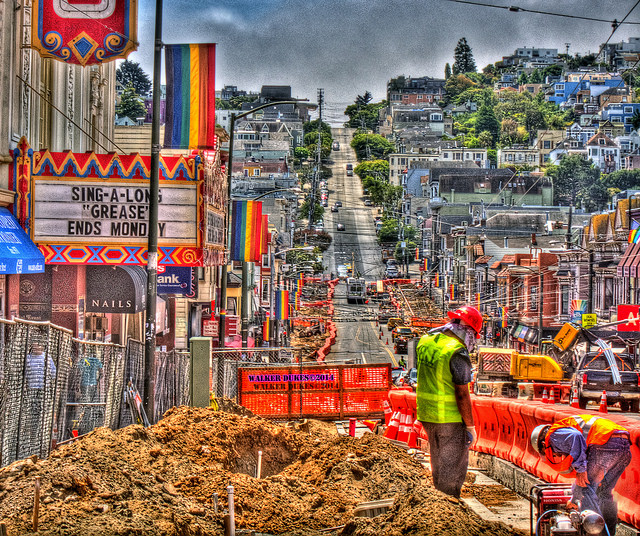 Hard to believe, but the Castro Street sidewalks are finally out of their long facelift-come-construction phase.

And now the neighborhood is planning to go back to normal, right?

As if! Of course the Castro is totally throwing a street party!

Our friends at the B.A.R. have reported that there will be a celebration net Thursday, October 30, to commemorate everyone being able to walk down the sidewalk without dodging jackhammers and CAUTION tape.

The B.A.R. reports that Supervisor Scott Wiener is taking money out of his office budget to fund the street closures for the mini fete because he believes that the residents who were affected by the construction should get to celebrate its completion. "SO when we complete an amazing project that was challenging... it is important for the community to celebrate."

There are the usual critics: Businesses that aren't in the mood for any pre-Halloween shenanigans. Other Castro Street businesses are stoked for the upped business and exposure. All the same, this street shindig is going down!

The celebration of the completion of the Castro street-scape improvement project will take place on Thursday, October 30 from 6pm-8pm. Castro Street between 17th and 19th, and 18th Street between Hartford and Collingwood, will be closed off for the party. Festivities will include a ribbon-cutting ceremony and a blessing by the Sisters of Perpetual Indulgence.

It's time for The Rocky Horror Picture Show spectacular this Friday at the Midnight Sun! 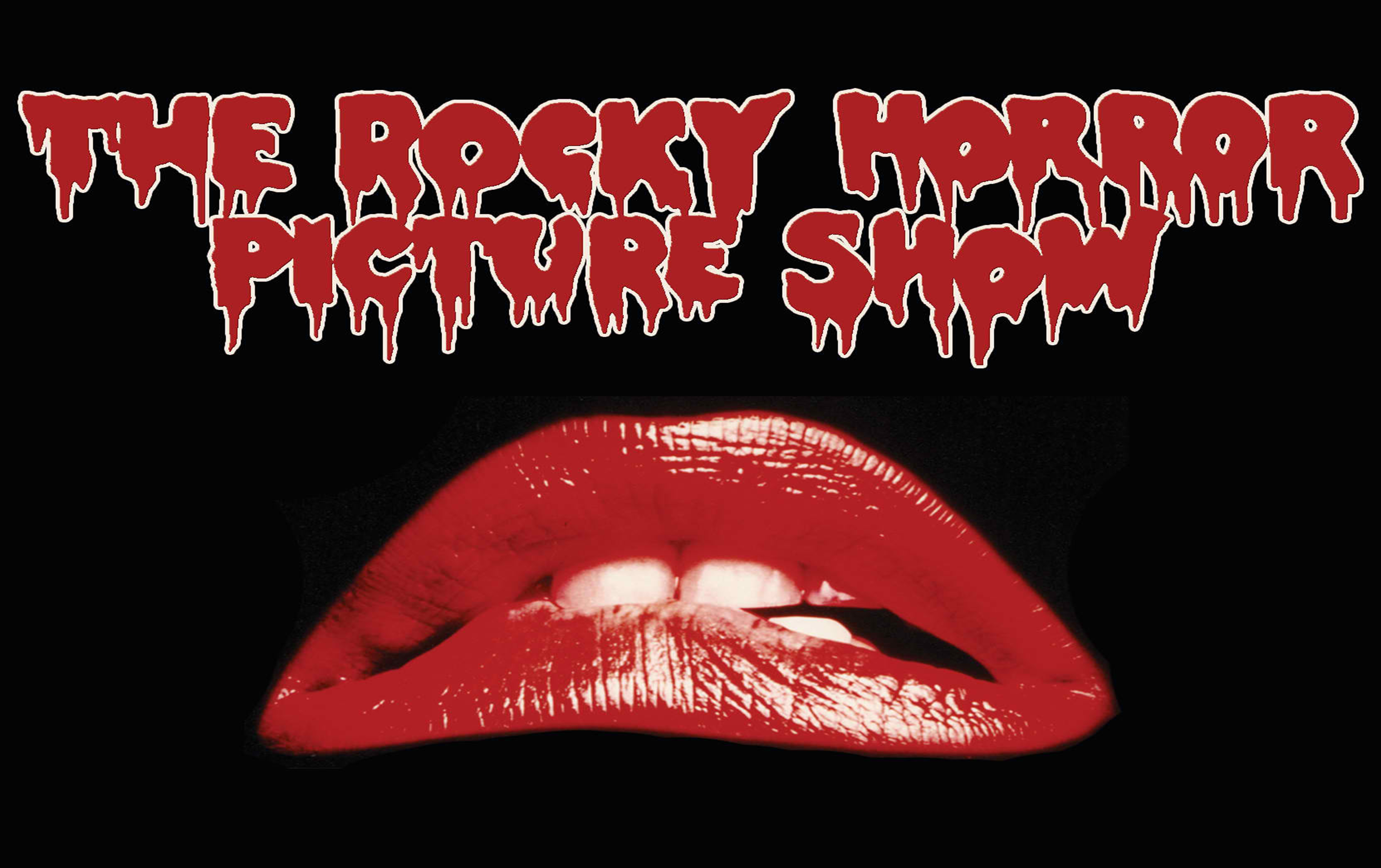 It might seem like it's in another dimension with voyeuristic intention,
but it's really just down the street at the Midnight Sun!

You guessed it: The 18th Street video bar is prepped to host their annual production of "The Rocky Horror Picture Show" and it promises to drive you more insane than a couple Time Warp pelvic thrusts.

All you sweet transvestites should come dressed to impress, as there will be a costume contest starting at 10:30 pm, with the chance to win fabulous Rocky Horror-themed prizes. Directly after will be the performance, with an all-star Castro cast acting and lip-synching to all the movie's musical numbers. Directed by the divine Crafty Dough, this show is the ideal way to kick off your pre-Halloween weekend shenanigans.

So take a jump to the left and a step to the right to the Midnight Sun on Friday, October 24 for this exciting spectacular. The event starts at 10 pm and there is no cover! For more info please visit the event's Facebook page here. 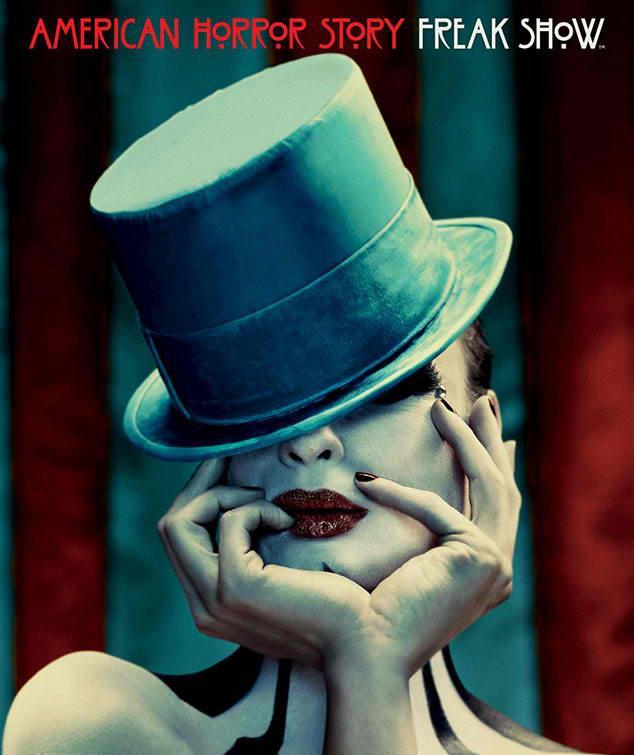 Doesn't it absolutely make your night when catching a show at your favorite neighborhood spot and feeding your biggest TV addiction can be molded into one big happy event?

You're in luck: Moby Dick has you covered Wednesday night.

The friendly beer bar at the corner of 18th and Hartford will be serving up a delightful edition of Dick@Nite: a drag performance following a screening of the ever fetish-worthy "American Horror Story: Freak Show." Plus, there's the promise of frozen margaritas "all night long."

It's like a girls-night-in, but out-and-about so you have an excuse to ditch the sweats and dress cute.

Is there a better way to spend the end of your Hump Day? We think not.

The drag show is slated to start 11 pm following the AHS screening at 10 pm. No cover up until 10. For more information visit their event page at sanfrancisco.gaycities.com or at mobydicksf.com.

Lookout is turning 7 and wants you to join the party! 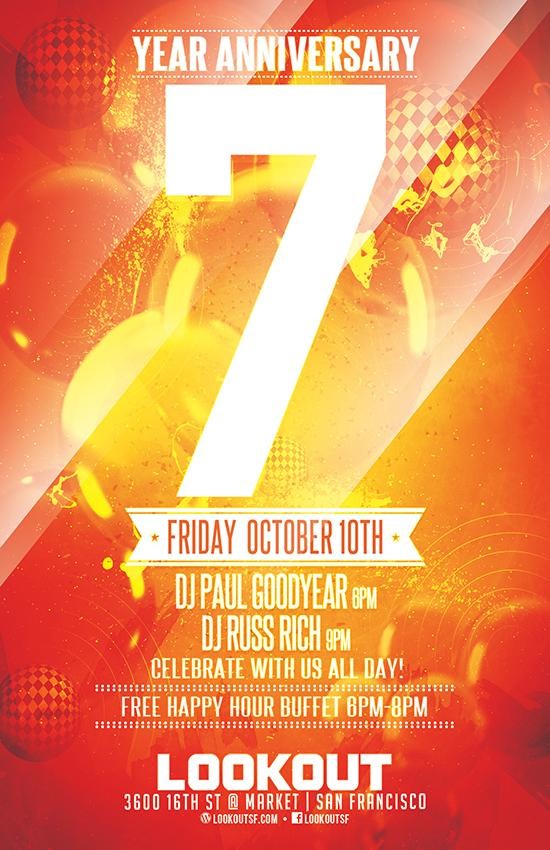 Not sure how to get your weekend started? Well break out the your favorite "birthday suit" and get your party on!

Tonight, the Lookout turns seven-years-old and MyCastro.com wants all of you to get in on the celebration. Yes, that's right, a whopping seven-years-old. And what better way to kick back and marvel at all that has happened in the last seven years--check out the event's promo on Lookout's website, they summarize all the big happenings in 2007 pretty darn well--than with a massive party?

This "one time only" event is featuring complimentary eats from 6pm-8pm happy hour prices and drink specials all of Friday until 2-in-the-mornin' DJs Paul Goodyear and Russ Rich will be spinning the dance beats while you get your groove on at this weekend's best birthday celebration.

Do you see those ads on TV around election time that tell you how to vote and instantly want to throw your shoe at the screen because you have no idea how do vote because every proposition contradicts another proposition and it doesn't appear that any problems plaguing San Francisco will get resolved?

You're in luck, because there could be a solution.

The Bay Guardian is teaming up with San Francisco Transit Riders community for a panel and discussion called Bridging The Gaps In Transit And Housing Funding.

There are so many issues that our fair city faces, mainly affordable housing and transportation services. But finding suitable solutions for these issues with big time politicians pitting activists from both sides against each other.

The forum, moderated by Steve Jones and Rebecca Bowe of the Bay Guardian, will bring together experts and activists in a panel that will address both the political tactics at work behind these social services and what can be done to "bridge the gap" in solving these issues simultaneously. The list of speakers for the evening include members of the San Francisco Council of Community Housing, SF Transit Riders Union, and District 8 Supervisor Scott Weiner, among others.

Bridging The Gaps In Transit And Housing Funding will take place at the San Francisco LGBT Community Center on Thursday, October 9 from 6pm-8pm. 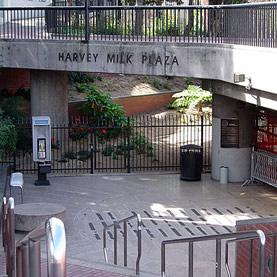 Apparently all the cool kids are putting memorials in the sidewalk. In which case, the Castro might as well be the coolest in town as it sets to unveil the Castro Street History Walk this evening, just in time for a weekend full of festivities.

The Bay Area Reporter told us earlier this week that the neighborhood history lesson etched into the pavement on the 400 and 500 blocks of Castro Street will be unmasked to much fan fair Friday night, just in time to be enjoyed by the crowd at this weekend's annual Castro Street Fair. The museum-at-your-feet will feature 20 fun facts about the neighborhood dating back a whopping 230 years, the B.A.R. reported.

The unveiling of the Castro Street History Walk will take place tonight, October 3 at 6pm. A ceremony for the unveiling--because you know how the Castro loves to throw a grand opening party!--will be held at the start of the walk at Harvey Milk Plaza.

Even the sidewalks are getting into the spirit of The Castro Street Fair!

It ain't Dorothy's yellow brick road, but it is just as--if not even more--fabulous. 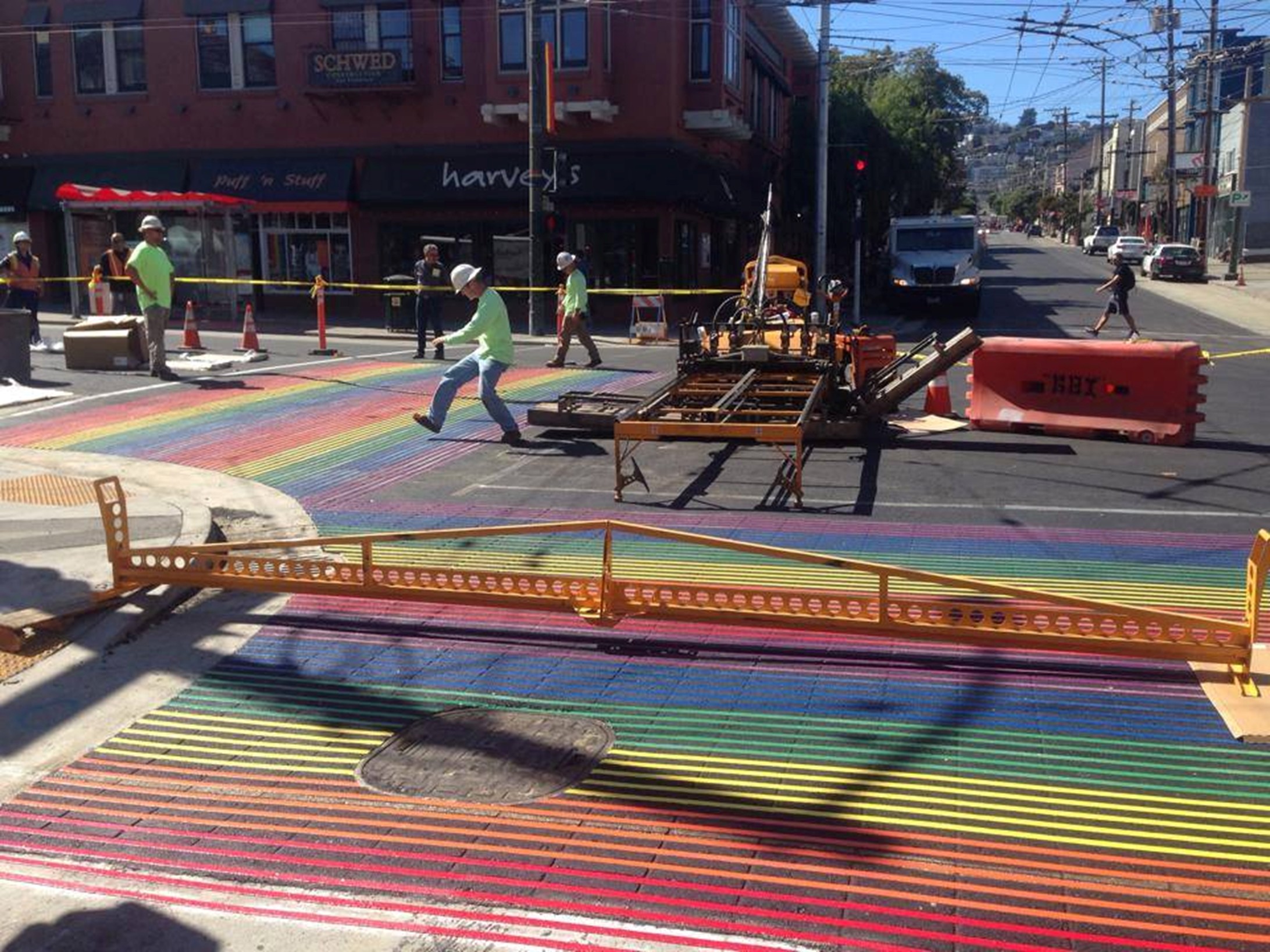 The countdown to the Castro Street Fair continues and our excitement just keeps building. Especially after we saw on the fair's Facebook page that the rainbow crosswalks are being installed!

Photographic evnidence of crews striating the Castro and 18th Streets crossing signals that the fair--which was started back in the 1970s by Harvey Milk himself--is coming up this weekend. The FB page reports that the sidewalks will be completely painted and ready for the Castro Street Fair's opening on Sunday at 11am.

For more information on the fair, please visit castrostreetfair.org

Could Philz Coffee Be Getting A New Home In The Castro? 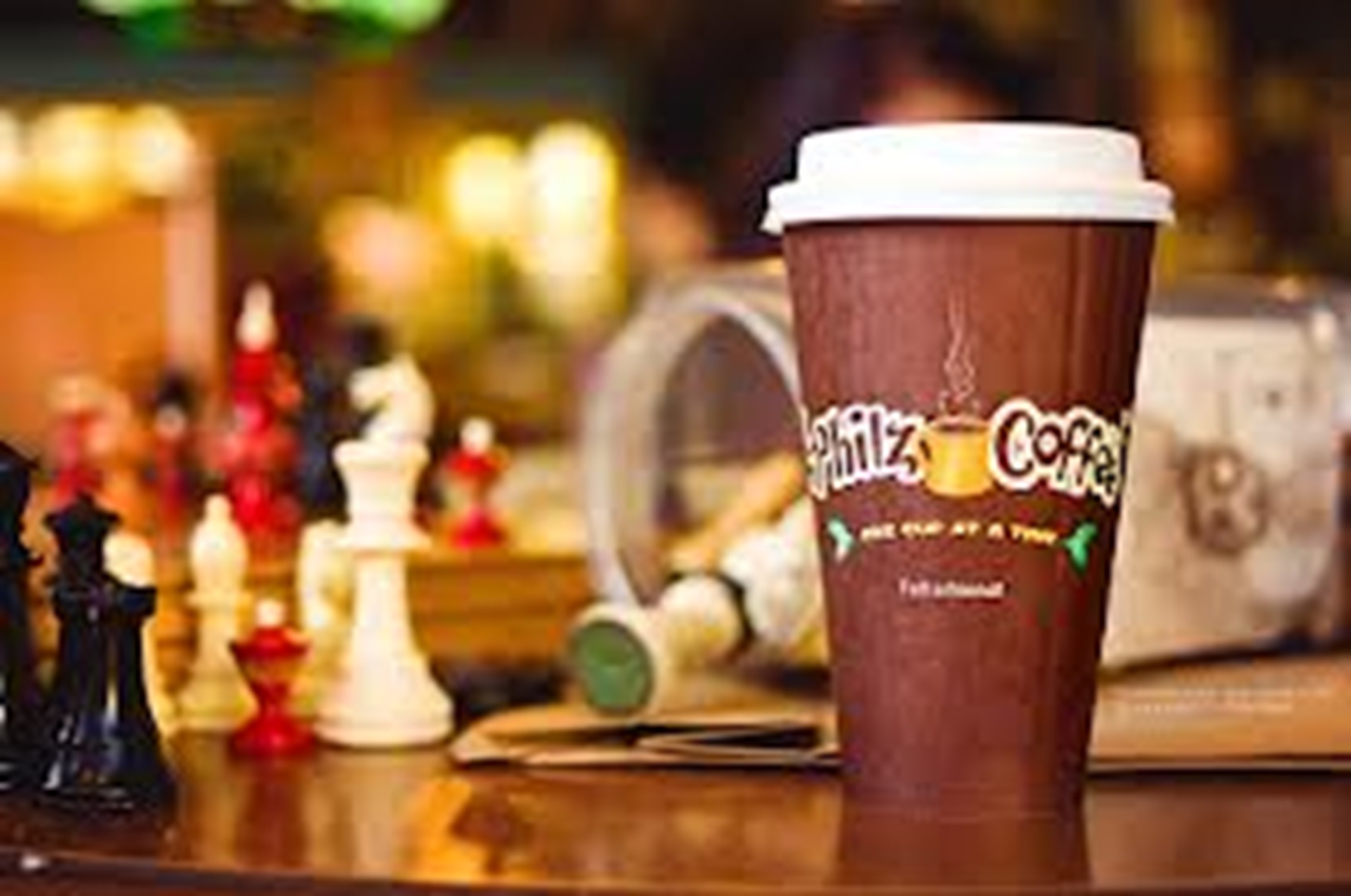 My Castro has such an obsession with neighborhood cafes, it’s amazing that we have anymore coffee spots to drool over.

But of course there is always more café-ness to kibitz over, which is why we are anxious to hear about the plans Philz Coffee has to expand shop in the Castro.

The B.A.R. reported that the SF-home grown coffee giant currently located on 18th Street is in the beginning stages of looking into relocating to a larger space at 549 Castro Street. A change in venue would be giving the Philz its own space, as opposed to the current set up where it shares a snug fit with the Sit & Spin Laundromat next door. A larger location means more coffee-making machinery, which also means faster service.

Plus, the lease at the current location expires soon, making the move all the more needed.

With more room for more coffee machines Philz looks to “serve the community better”—which is basically just another way of saying that they enjoy fueling the Castro’s coffee addiction. And we couldn’t be happier!

But let’s not get too ahead of ourselves. Philz is just starting to meet with neighborhood groups about the move and court dates haven’t been set yet to decide if they get moving permits, the B.A.R. said. It’s not a slam dunk that the café will be approved for relocation, which would then lead to questions as to whether or not the company would remain in the Castro District or move on to another nook.

We will keep our eyes and ears peeled as to what happens next! 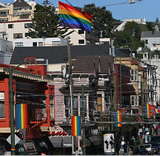 So you know when you pop out of your favorite Castro shopping spot with a bag or two full of goodies, and someone with a clipboard tries to stop you and asks if "you have time to talk about such-and-such" and you instantly blow them off because you have no time to banter with them about their cause?

Well, next time give the poor peeps a break, ladies! They might be trying to improve your shopping experience.

The Castro & Upper Market Retail Strategy is currently looking for volunteers to survey shoppers and diners to ask about their experiences, the B.A.R. reports.

The goal? Improving your Castro neighborhood shopping and dining, of course! The hope is that the information gathered will go towards helping "fill vacancies and bring more desirable businesses to the neighborhood."

So give those survey-ers a minute of your time, they're going to help make your shopping experience more fabulous.

If you know somebody interested in volunteering--or if you secretly don't hate people with clipboards and want to survey people yourself--you can sign up at CastroRetail.com Volunteers are needed November 1st through the 15th from anywhere from two to ten hours at a time.