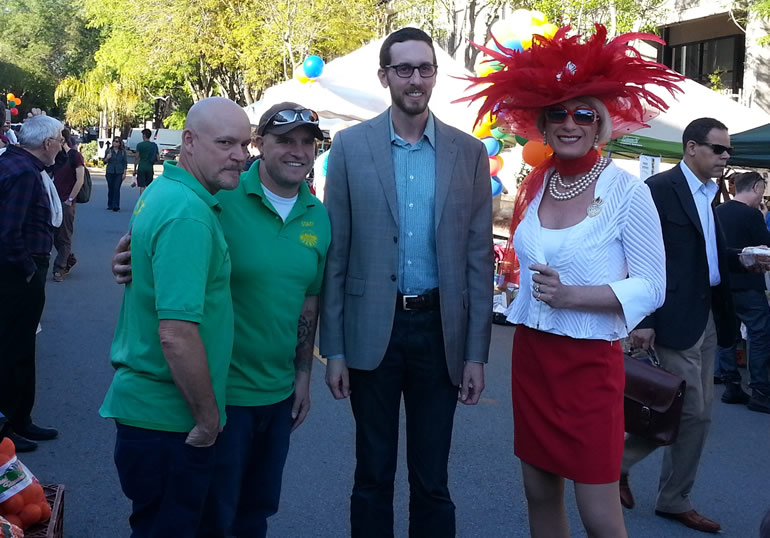 San Francisco (March 6, 2015) – The Castro Farmers’ Market will return on Wednesday, March 11, 2015 with Northern California’s freshest fruits and vegetables, live music, and fun activities for all ages. The market, located on Noe St. between Market and Beaver, is open every Wednesday from 4 p.m. to 8 p.m., and runs through December 16. The entire Castro community is invited to join in opening day ceremonies with a blessing by the Sisters of Perpetual Indulgence and a ribbon cutting at 5 p.m. with Supervisor Scott Wiener and community activist Donna Sachet. Allen Moy, Pacific Coast Farmers’ Market Association (PCFMA)’s Executive Director, stated, “This farmers’ market is an integral part of our local food system. The California farmers who participate in the farmers’ market every week are selling fresh fruits and vegetables that they grow themselves. With the added pressures of the ongoing drought, these farmers are counting on the support of Castro residents to help sustain their farms.”

A night of creative expression, love, and harmonious decadence, via a re-imagination of ball culture (Paris Is Burning), with proceeds going to the LGBTQ non-profit, Openhouse. 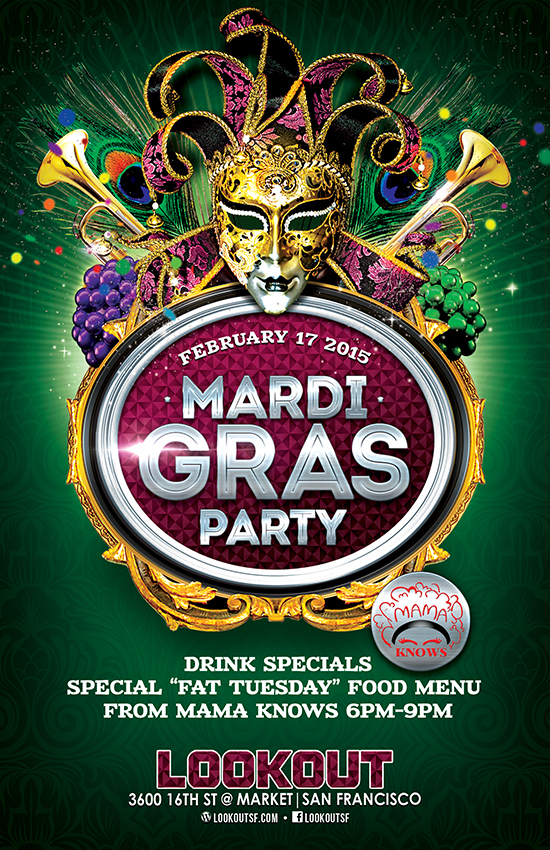 LOOKOUT announces it’s Mardi Gras party on Tuesday, February 17 2015. Come out and celebrate with your friends and earn your beads! 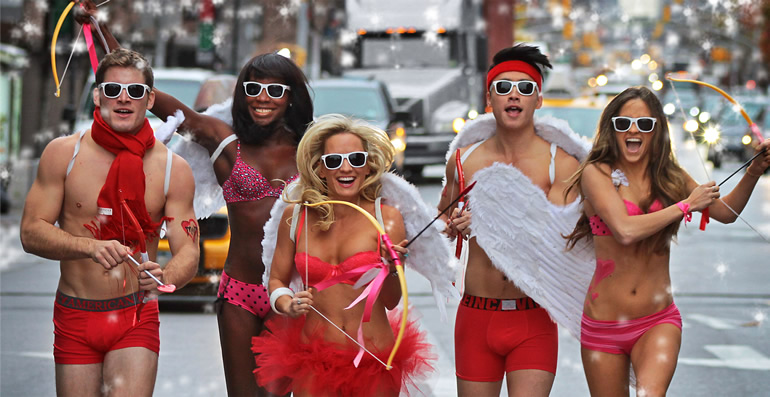 A couple weeks back, MyCastro gave you the list of some of the best holiday-themed drag shows that the city has to offer. And, well, we'd like to add yet another performance that is sure to add some extra pizazz to your holiday season.

Hop on down to the Union Square ice rink for this year's installment of Drag Queen's On Ice: Glitz and Glamour!

This holiday tradition--the performance turns five-years-old this season--features some of our favorite drag queens "donning their most gay apparel" for an evening of "laughs, li syncing and lipstick" that isn't to be missed. The cast of characters also includes special guest appearances by Queen Dilly Dally and Sister Roma of the Order of Perpetual Indulgence!

"Things Just Happen, And Sometimes You Get A Little Lucky:" Interview with Richard Kramer 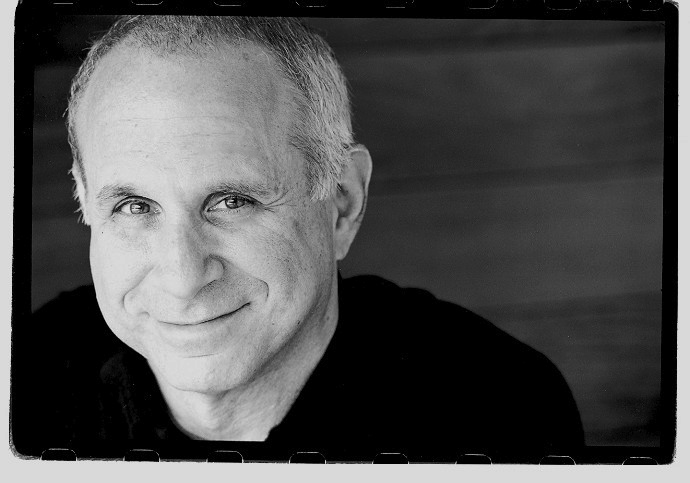 I was thrilled when Emmy and Peabody award-winning television writer, director and producer, Richard Kramer, recently introduced himself and sat down for an interview about his television career and debut novel, These Things Happen.

You and I met on Twitter. When I initially read your profile, I thought we'd connected because we're both writers. But one of the first things you mentioned to me was your passion for vintage beefcake. That's obviously a passion I share with you and the fans of my vintage beefcake blog.

Hearth introducing itself to the Castro with press preview party

We have been eagerly awaiting the opening of Hearth since we first spoke with Ariana Akbar and did a piece on the business a couple months back.

Now we are brimming over with glee, because the organic coffee roaster and food-pairing ingenue is finally open for business, and capping off the excitement tonight with an soft open house and press preview.

The 17th Street spot will offer an invite-only sneak peak this evening that includes a look at the new space as well as a tasting--yes, there will be a sneak peak of the food and beverages! A selection of Hearth's coffee and 100% organic baked goods will be available for sampling, as well as some of their wine-and-cheese pairings.Other samplings include panini-pressed sandwiches--their Continental sanny pairs well with a pre-selected Bordeaux--bourbon infused brioche, and a caramel chocolate mousse. And of course,there will be a coffee tasting, because that is what this lovely homegrown roaster is all about.

What a great way to welcome yourself to the neighborhood, right?

But you don't have to wait for the preview to pass to hear what Hearth has to offer, head on down to their 17th Street location in the Castro and try it out for yourself!

Spend your Thanksgiving Eve with DJs and pie at Lookout Bar 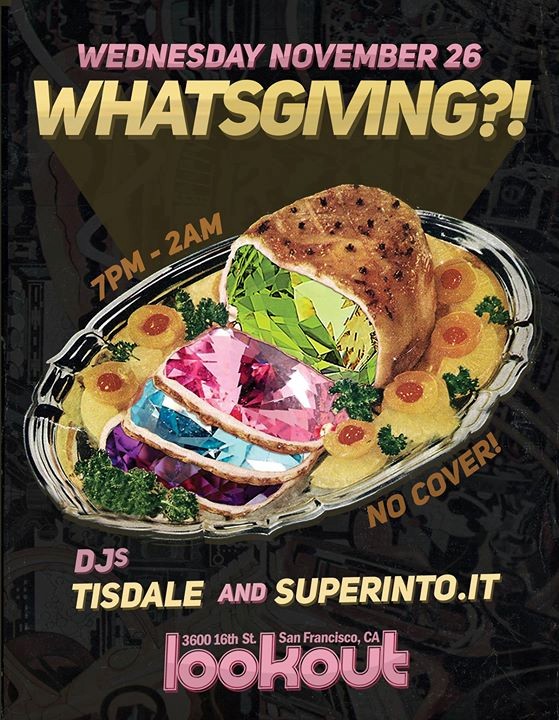 What's that you say? One of our favorite Castro hot spots is getting into the Turkey Day spirit? And there's going to be pie??

Get yourself to Lookout Bar this Wednesday, November 26 for Whatsgiving from 7pm-2am. The re-holiday event boasts free pie--yes, free--and is encouraging attendees to bring a little dish of something to share with other event-goers.

There will of course be plenty of tuneage, as Danny Snodgrass and Tisdale Fry will be manning the turntables for your "social and aural pleasure."

Why not get your groove on the night before you stuff your face with all that Thanksgiving fair?

Art We Love: Check out "HARD WORKING" this Friday at Glama-Rama 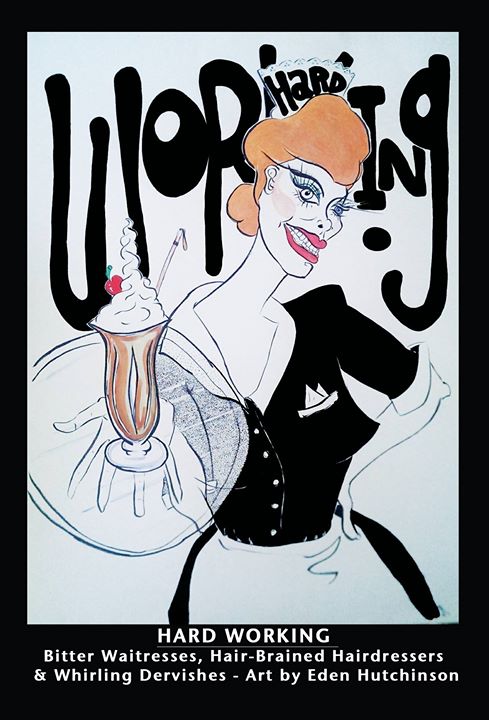 Girl, there ain't nothing cute about aching feet from hauling ass in your heels at your 9-to-5 day job. However, there is an artist who understands that and is putting a delightful artistic spin on the scene.

Starting November 11, artist Eden Hutchinson is bringing "gender roles and classicism" to colorful canvases with "HARD WORKING: Bitter Waitresses, Hair-Brained Hairdressers & Whirling Dervishes". And from the teasers that we've already seen online, this is one art series that is not to be missed.

Glama-Rama Salon--where drag wigs go to die--will be displaying Hutchinson's exhibition until January 4, 2015. But there will be a special opening reception for it this Friday, November 14, from 7 pm to 10 pm.

The event is free and includes beverages and snacks. Free art and drinks? We'll run out of work in our heels for that!

For more information on the event please visit its Facebook page.

Get your laugh on at the Hella Gay Comedy Festival 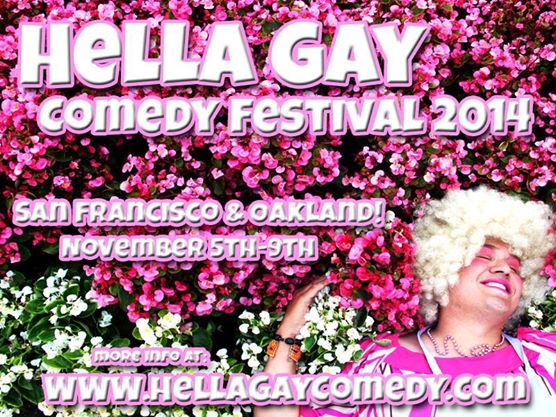 Laughter really is the best medicine, and there's no better way to cure your mid-week blues than with a few whole-hearted chuckles.

Lucky for you, today is the start of the Hella Gay Comedy Festival!

The event, which runs from today until November 9th, will bring laughs to 10 different San Francisco venues as well as shows across the bridge in Oakland. SFGate events boasts its lineup of "LGBT and LGBT friendly" comedians and standup aficionados to stages to bring you lots of laughs.

This is the "inaugural" fest for #HellaGayComedy, which has been successfully putting shows on across the Bay Area since 2011. Part of #HellaGayComedy's appeal? An inclusive atmosphere to there shows which makes everyone--gay, straight, bisexual, the list goes on--feel completely welcome and able to kick back and have a good laugh.

The laughs kick off tonight at Club OMG! at 43 Sixth Street in San Francisco. For more information on tickets, performers, and other festival background, please visit hellagaycomedy.com