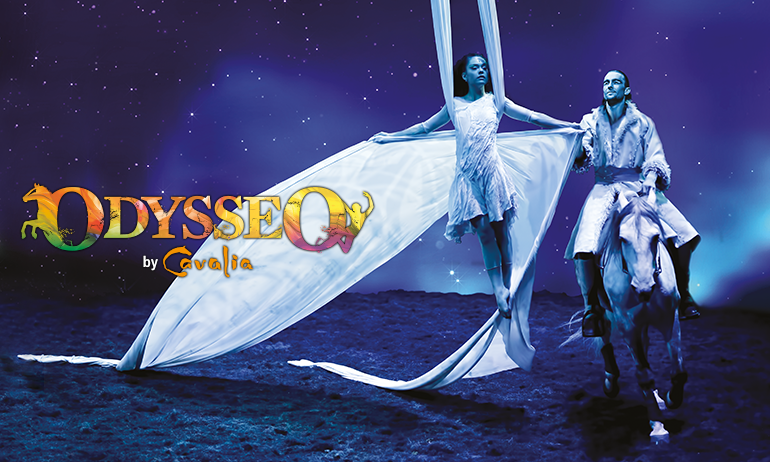 Odysseo is the new adventure by Cavalia.

The internationally acclaimed entertainment company Cavalia pushes the limits of live entertainment once again with its latest production Odysseo - a $30 million extravaganza that expands the definition of performance into an epic experience that is astonishing audiences and wowing critics across North America.

Prepare to be wowed

With a production nearly double the size of Cavalia, Odysseo is an immersive theatrical experience in which horses are still the stars, but this time are presented not only with riders, acrobats and aerialists, but with a state-of-the-art video screen three times the size of the world’s largest cinema screens, as well as a three-story mountain for dazzling perspectives and a real lake which magically appears for a splashing finale.

Odysseo is a true revolution in live entertainment with an impressive list of superlatives: the world’s largest touring production, the largest touring tent on Earth (the surface covered by the White Big Top is 68,000 square feet, equal to an NFL football field), the biggest stage (17,500 square feet), the most breathtaking visual effects, and the greatest number of horses at liberty. 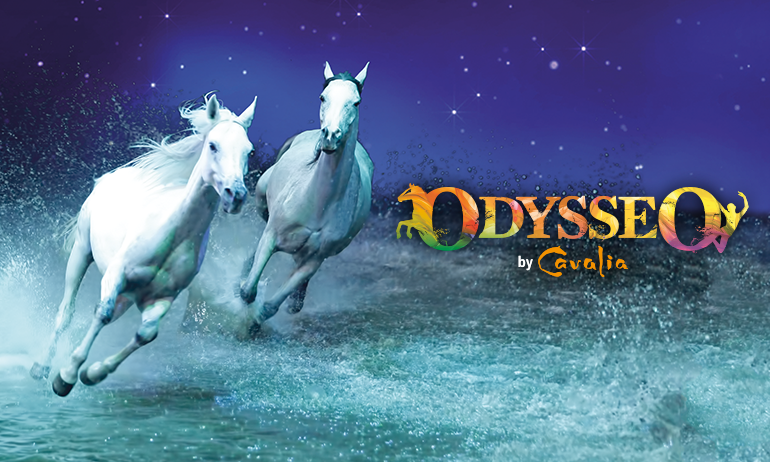 What is especially moving was the relationship between the horses and the artist. It’s moving.

The horses and artists perform in a vast space of liberty - on a stage larger than a hockey rink that has a 3-story hill on it and where a huge lake magically appears for a splashing finale. It’s just impressive and beautiful.

Odysseo is twice the size of Cavalia that came to San Fran and San Jose in the past. If you liked Cavalia, you will FALL IN LOVE with Odysseo.

I don’t want to spoil any surprises – there is so many anyway – but at some point, there is a full size merry-go-round that comes down from the grid, onto the stage. It is massive and it is impressive.

There are many touching and beautiful moments, but the ones where the horses are completely free on stage – and it happens most of the show – are particularly impressive. It is fantastic to see the horses play, have fun and express themselves with a trainer that is communicating with body language and her soft murmur.

Spectators are taken to a live Hollywood-style movie set while the touching interactions between human and horse are at the heart of the action.

Layers of mesmerizing decors combined with gravity-defying acrobatic and areal stunts and the staggering effects created by state-of-the-art scenery makes this humongous stage a feast for the eyes.

Due to overwhelming demand in the Bay Area, Odysseo is extending its first visit to San Francisco for the holidays! Matinee and evening performances now scheduled through Sunday, January 10, 2016. A perfect holiday outing for the whole family, creating memories lasting a lifetime.